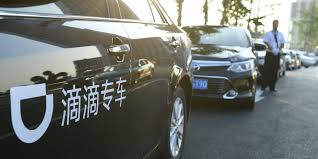 China’s leading ridesharing firm, Didi Chuxing has announced that it will be teaming up with the government owned car manufacturer, BAIC and Volkswagen to build a fleet of electric taxis and to use more artificial intelligence solutions in their cars.

As part of the deal, Didi will now be having access to vehicles made by BAIC, as well as to technology developed by BAIC’s Xiaoju New Energy Auto Technology Co. (or Jingju) fleet operations and artificial intelligence solutions. Volkswagen’s contribution will be to help Didi to handle the management, sales, operations, repair and maintenance of its services.

Both Volkswagen and Did sent out press releases announcing the collaboration. Didi Chuxing said in its press release that as many as 400,000 new energy vehicles are currently registered with DiDi as part of the world’s largest shared EV (electronic vehicle) network. Many of these are through the company’s partnerships with leading manufacturers of EVs (electronic vehicles) like BYD.

The collaboration is a welcome initiative in light of the fact that China plans to increase the number of electric vehicles in usage by 2030. BAIC had also recently announced that the company plans to end the manufacture and sale of petrol powered models by 2025. Volkswagen is planning to spend billions of euros on the development and production of electrified models.

The composition of the taxi fleets in China has been changing at a swift pace, especially in Shenzhen, where the local government had recently announced that almost all of the public taxi fleet in the city comprises electric-powered vehicles as part of its ‘Shenzhen Blue’ initiative. The outcome of this initiative was that Shenzhen experienced its cleanest air in 15 years throughout 2018. According to a report by the Shenzhen Human Settlement and Environment Commission (SHSEC), this is largely due to the city’s ‘Shenzhen Blue’ project.