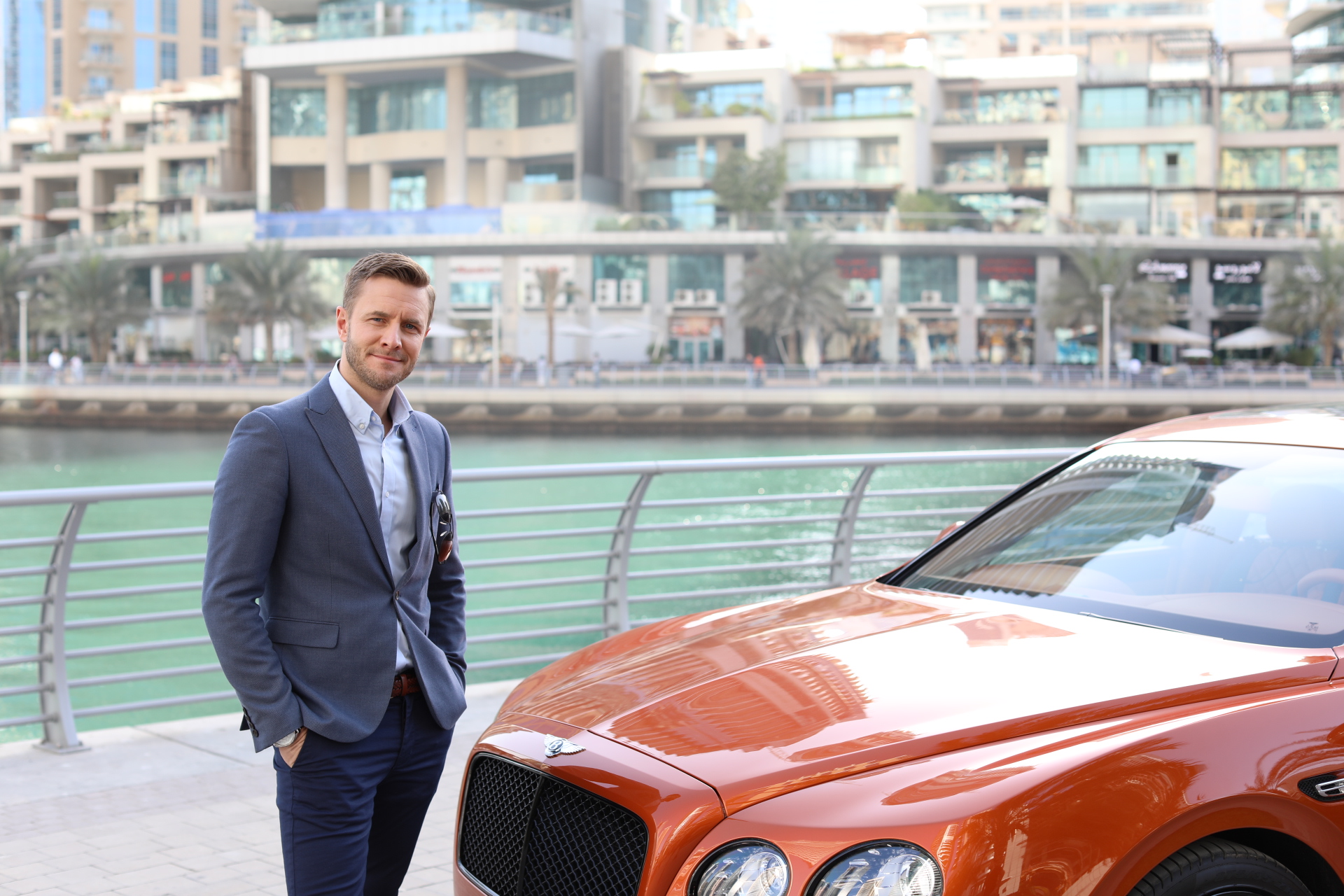 Bentley Motors has unveiled its ground-breaking new Gigapixel photograph, which is one of the most detailed landscape images in the world. A Bentley Flying Spur W12 S takes centerstage in the image against the backdrop of the luxurious Dubai Marina. When the image is zoomed out, the groundbreaking technology of the Gigapixel image which borrows technology used by NASA allows viewers to explore Dubai to their heart’s content. Even the curvature of the earth can be seen beyond the image.

The new Gigapixel image showcases Bentley’s renowned attention to detail. The image also allows viewers to explore the Flying Spur W12 S  inside and out with a 360-degree film. The voice over for the film has been done John Paul Gregory, Bentley’s Head of Exterior Design. He explains the intricacies of the Bentley Flying Spur, the stunning Bentley Suite in the Dubai St Regis hotel and the new flagship Bentley retailer on the Sheikh Zayed road to the audience.

The one of its kind Gigapixel image was created with the same attention to detail that is seen in the production of every Bentley Flying Spur, which takes 130 man-hours to build.

Bentley captured this detailed image of Dubai by suspending a camera 264 metres up the Cayan Tower, which is one of the tallest buildings in Dubai. The camera used innovative technology to tolerate 40-degree heat that created a haze and 25 km/h winds which created unstable conditions. The Bentley team carefully stitched together an astounding 57.7 billion pixels to make a single composite image, with light levels also being painstakingly balanced across each pixel. The entire process took 48 hours and 1,825 frames to create. Saving the image to a disk took another 18 hours.

The Bentley Flying Spur W12 S is the star of the Gigapixel image. The model, like the image, demands immense attention to smallest detail from the craftsmen who make it. The Flying Spur W12 S is powered by a powerful 6.0-liter, twin-turbo W12 engine. Precise calibration and tuning is used to raise the engine power from 625 PS to 635 PS (626 bhp) and torque from 800 Nm to 820 Nm (605 lb. ft.) for a more dynamic drive. As full torque is available from just 2,000 rpm, driving the car is a totally effortless experience.

The Bentley Flying Spur W12 S can achieve a top speed of 325 km/h (202 mph) and is the first four-door Bentley to exceed the 200 mph performance barrier. The car can go from 0 to 100 km/h in just 4.5 seconds). The new responsive suspension for the Flying Spur W12 S improves handling and enhances traction, and as an optional feature carbon ceramic brakes are available with red or black painted calipers. The new flagship Flying Spur W12 S has specific damper and stability control calibrations for a more engaging drive while its clever suspension set-up provides motorists who prefer comfort with a refined ride.

When it comes to exterior design, the car has an athletic stance due to its sharp feature lines and muscular rear haunches. The LED daytime running lights, subtle blackware elements and a choice of stylish alloy wheels giv eht emodel a modern, contemporary look.

The bolder design is reflected in the new gloss-black detailing on the bodywork, the unique leather stitching, and the exterior and interior styling. There is full exterior gloss blackware for the radiator and window surrounds, lights, rear bumper, door handle inserts and headlight washer caps. A new W12 S badge on the D-pillar features a black ‘S’, while the sporting front-bumper design, Beluga gloss rear diffuser and door mirrors, and gloss-black front radiator matrix are elements that have been borrowed from the Flying Spur V8 S.