Home News Parts Car Color can Have an Impact on Pollution 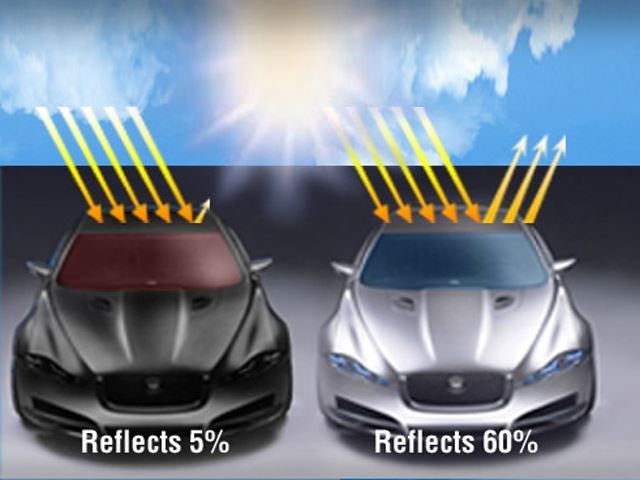 Car Color can Have an Impact on Pollution

For many motorists, the body color of their vehicle is an emotional choice that reflects their personal tastes. How would their choice change if they came to know that the color of their car has an impact on its pollution levels?

According to a study conducted by scientists at the Lawrence Berkley National Laboratory, the interiors of silver and white cars were cooler than those of black cars. This is because cars having light colors reflect a larger amount of sunlight, about 60 per cent when compared to those having darker colors like black and brown. This makes the interiors of these cars cooler and reduces the need for air conditioning

Using the air conditioner makes a makes a car less fuel efficient. As part of the study, scientists tested a pair of Honda Civics, of which one was black, and the other silver. They were parked in the sun facing the same direction for one hour in Sacramento, California.

After an hour, the interior of the silver Civic was 41 to 43 degrees Fahrenheit cooler than the black car. The scientists calculated that the cooler car’s interior resulted in fuel economy that was 0.44 mpg higher than that of the other car. This would cut carbon dioxide emissions by 1.9 percent and other exhaust pollutants by 1 percent.

This might not sound like much, but the scientists felt that the if all cars in the US were light colored, it would lead to an overall improvement of 2 percent when it comes to fuel economy, thus saving millions of liters of fuel and thus tons of C02 emissions.