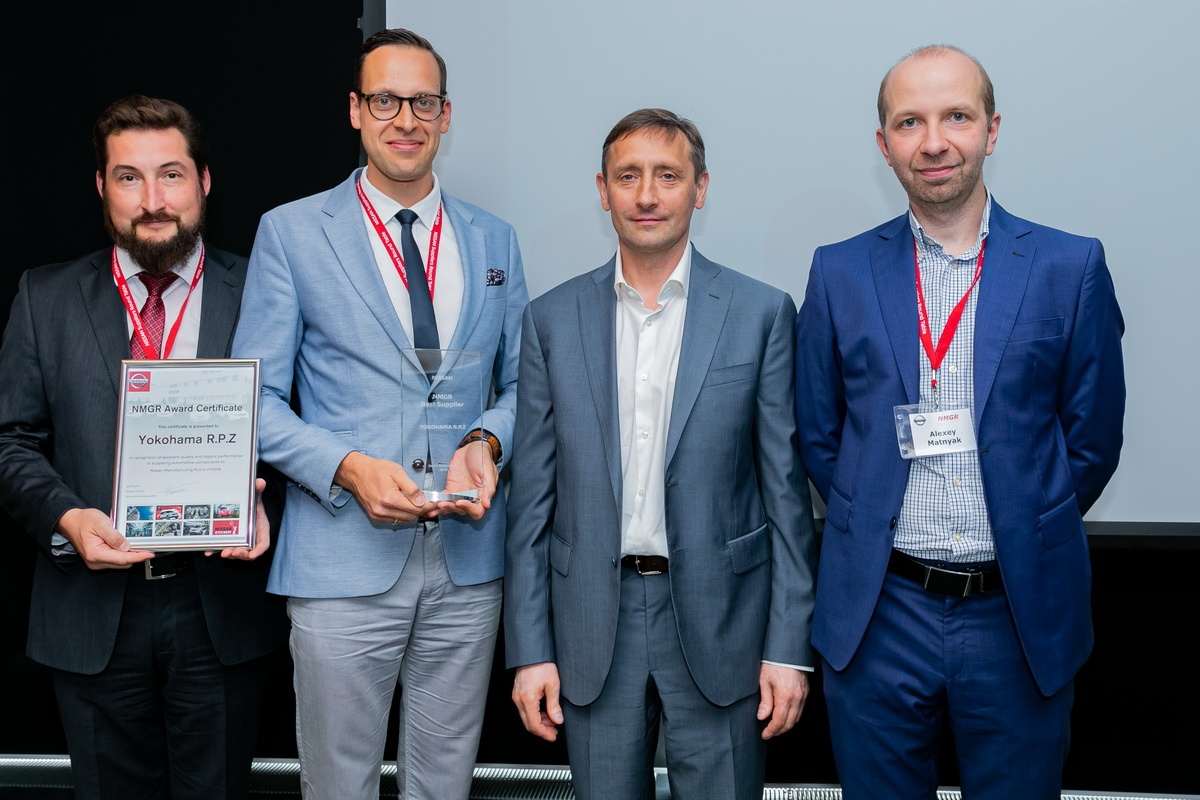 Yokohama Rubber Co., Ltd., has announced that the company’s Russian subsidiary which deals with tire manufacturing and sales LLC Yokohama R.P.Z., has received a Nissan Best Supplier Award in the chassis category. The company received the award from Nissan Motor’s plant in Russia, Nissan Manufacturing Rus LLC. The award was presented to Yokohama R.P.Z. by Nissan Manufacturing Rus General Director Igor Boitsov at an awards ceremony that was held in St. Petersburg on June 21, 2019.

Nissan presents its Best Supplier Awards to the best suppliers in six categories. The recipients of the award are carefully selected on the basis of superior product quality and logistics. Yokohama R.P.Z. was named as the best supplier in the chassis category thanks to the outstanding quality of its tires and its supply system, which plays a role in ensuring timely deliveries.

Yokohama had set up Yokohama R.P.Z. in Russia’s Lipetsk special economic zone in December 2008 and by the end of 2011, the company had became the first Japanese tire maker to operate a passenger car tire plant in Russia. Currently, Yokohama continues to make and sell mainly passenger car tires. From 2015, Yokohama has been supplying tires as original equipment for new cars that have been made by Nissan Manufacturing Rus.