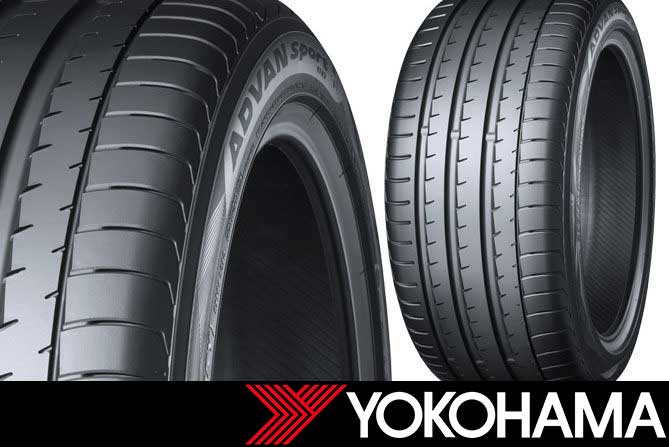 Yokohama Rubber Co. Ltd., has announced that the company’s Advan Sport V105 tire has been chosen as the OE fitment for the new BMW M5 by the BMW Group. The new BMW 5 had debuted in March and will be fitted with Advan Sport V105 275/40ZR19 (105Y) in the front and 285/40ZR19 (107Y) rear tires. The Advan Sport V105 tire is positioned as a high-performance tire that is meant to be used in high-power premium vehicles.
Yokohama worked closely with the BMW Group on developing the tires that are being supplied for the new BMW M5. The tires that will be supplied for the M5 will sport BMW’s star marking of approval on the sidewall of the tire.

BMW seems to like the Advan Sport V105 tire as the German manufacturer is using the same tire for factory installation on the BMW X3, which had been launched in November 2017.

BMW has a longstanding with Yokohama Rubber which also serves as the supplier of racing tires for the company’s BMW racing teams. BMW is well known for its performance in the world of motorsports.
Schnitzer Motorsport’s BMW M3 had emerged as the winner of the first World Touring Car Championship in 1987 and the team also won the European Touring Car Championship in 1988. BMWs using Yokohama tires have between them won as many as five 24-Hours Nürburgring and Spa-Francorchamps 24 Hours races, two leading endurance races at the global level.