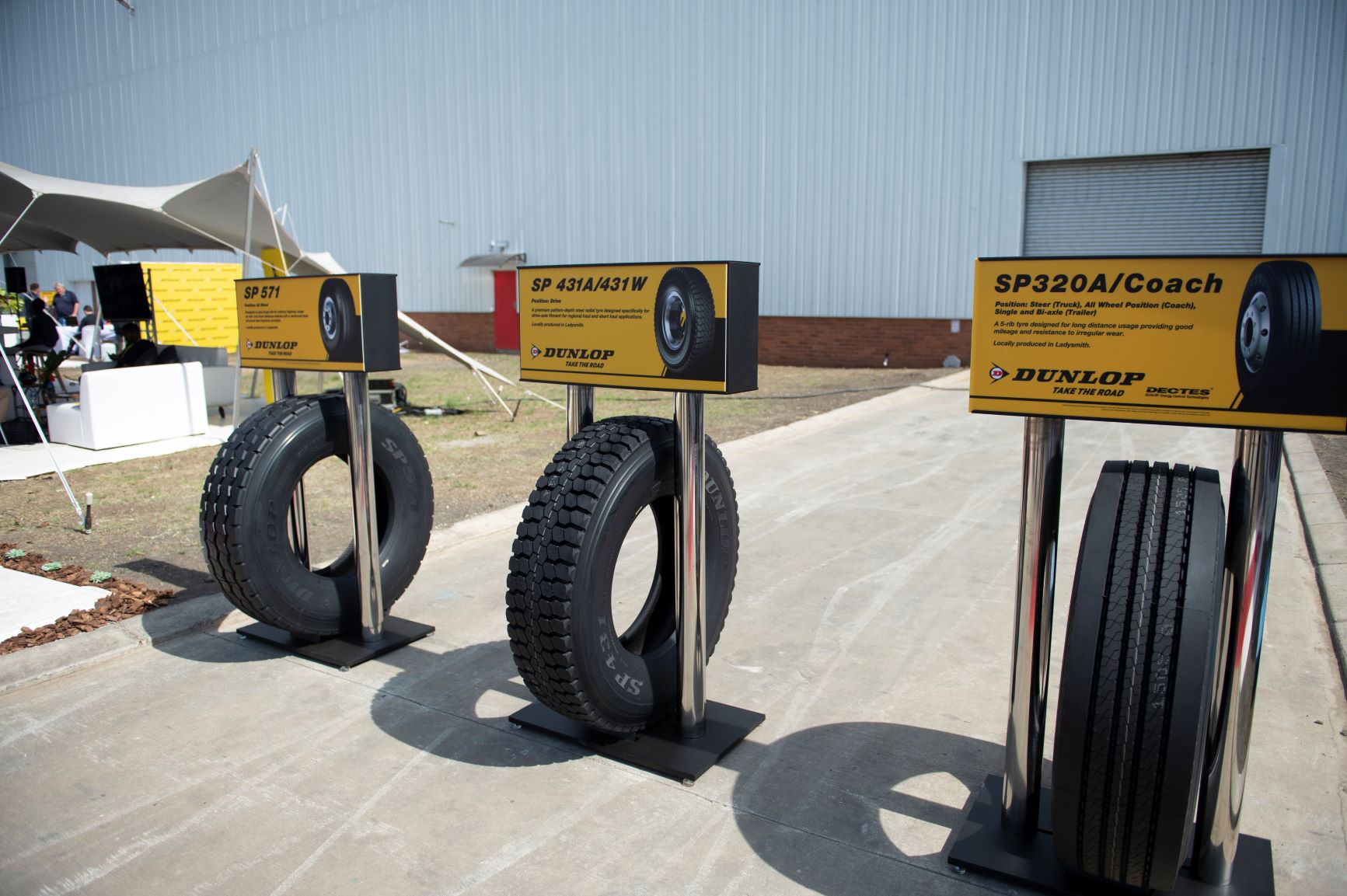 SRSA invested USD 67.7 million to upgrade and modernize the plant’s capacity so that it can make truck and bus tires locally. This takes the total investment in the Ladysmith facility from 2014 to over USD 136 million.
The formal event was attended by VIP guests, stakeholders, and dignitaries who were taken on a tour of the world-class TBR factory. The dignitaries included government and industry representatives as well as the President and CEO of Sumitomo Rubber Industries, Ikuji Ikeda, who delivered an address and unveiled a plaque to mark the opening of the facility.

Ikeda said that despite the challenges of setting a facility for manufacturing TBR tires from scratch, SRSA proceeded with the investment in view of the great potential that the African market offers and the Free Trade Agreement which would support SRI’s business initiatives. He said that he expected local TBR tire production to result in the expansion of business for truck and bus vehicle manufacturers and to present opportunities for government-related businesses.

CEO of SRSA, Riaz Haffejee explained at length about the vision and purpose of the TBR facility and the range of tires that would be on offer. Between the Dunlop and Sumitomo brands, SRSA will be industrializing a total of 24 sizes, from this year until September 2019. He also spoke about the impact that he establishment of the factory has had on the community as it holds out the hope of growth and a brighter future for the local community. From 2014, SRSA’s total investment in employment, utilities and procurement has doubled. This has had a direct impact on the town and has served as a catalyst for community development and entrepreneurship.

Ikeda went on to add that 19 TBR employees had been sent for training to the company’s Miyazaki factory in Japan. Here, they had a chance to develop their technical methodology and gain an understanding of SRI’s processes in order to transfer this knowledge to shop floor staff in South Africa.

MEC for Social Development, Weziwe Thusi delivered the keynote address at the launch and this was followed by a performance by local performers, Thee Legacy who are known for their acapella act.

Commenting on the Ladysmith factory, Renai Moothilal, executive director of NAACAM (National Association of Automotive Component and Allied Manufacturers), who is also tasked with supervising the operations of the SATMC, said that SRSA should be recognized, not only for investing a significant amount in the plant and the processes, but also for making a commitment to a region that is outside South Africa’s main industrial areas, and its contribution towards employment. He said that the plant showcases how automotive component manufacturers can drive economic development in a country and ensure that there is a greater level of manufacturing of automotive component.”

The plant had become operational in July 2018. The factory will engage in the local production of TBR tires which are developed as the outcome after extensive research and development processes and cater to the specific needs of customers depending on the road conditions, both in South Africa and in other African markets. The tires made at this factory will be designed in Japan, tested in Africa and manufactured in South Africa, and are meant mainly for the African market. The factory in Ladysmith has been certified to test TBR tires to European compliance standards.

Dunlop is a renowned tire brand with a long history of innovation and uses this knack for innovation along with the latest Japanese technology and engineering insights the brand’s parent company, Sumitomo Rubber Industries to make some of the best tires in the business.