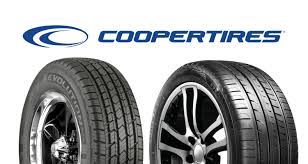 Partner of Cooper Tire in GRT Joint Venture to Change

Commenting on the transfer of the stake, Cooper President & Chief Executive Officer Brad Hughes said that the GRT JV has proved to be a highly successful partnership for Cooper, with production ramping up quickly and making high quality TBR tires under the Roadmaster and Cooper brands for global markets. He added that he expected the transition to the company’s new partner, Sailun Jinyu Group to be a smooth one.

Cooper already has an existing relationship with Sailun through an offtake agreement with Sailun Vietnam’s operation in Tay Ninh for making Roadmaster brand TBR tires.

ZhongXue Yuan, President and Chairman for Sailun Jinyu Group, which is based in Qingdao, said, “We are pleased to become a partner to Cooper in the GRT joint venture and admire the work that has been done at the facility to make it operational quickly and with a focus on quality and safety. We intend to continue the great work being done at GRT and will lend our considerable tire industry expertise to drive further success at GRT in partnership with Cooper.”