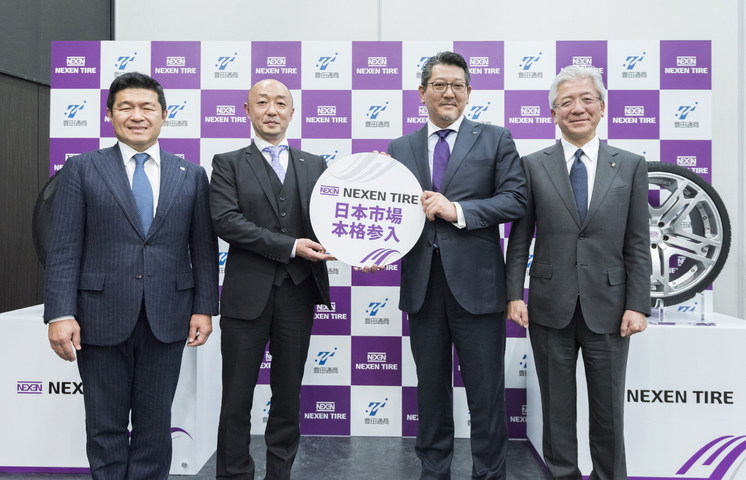 Nexen Tire Corp. has set up a sales joint venture in Japan to handle the company’s replacement tire business in the Japanese tire market and to strengthen the company’s OE links  with Japanese auto manufacturers.

The joint venture company will be named Nexen Tire Japan Inc., and Nexen will have a 51 per cent share in the JV while the balance 49 per cent will belong to Toyota Tsusho Corp., the subsidiary of the Toyota Group that is primarily involved in the export of cars and automotive parts. Toyota Tsusho was established in 1948 and is one of the five largest Japanese trading companies, having six operating divisions and generating USD 591 million in earnings in fiscal 2015.

The two companies had begun discussing plans for a joint venture back in June 2015, according to Nexen and eventually these talks culminated in the finalization of the shareholders’ agreement to set up the joint venture, Nexen Tire Japan which began its sale of Nexen branded products this January with Ryu Nishimura as the company’s CEO.

Senior officials from both companies including Travis Kang, CEO of Nexen Tire and Ichiro Kashitani, automotive division CEO of Toyota Tsusho were present at the formal ceremony held to launch the new company at its Tokyo offices. The companies did not divulge details about the sales expectations for Nexen products in the Japanese market.

Nexen was recently in the news for tying up with Pirelli to distribute Nexen tires in Brazil.