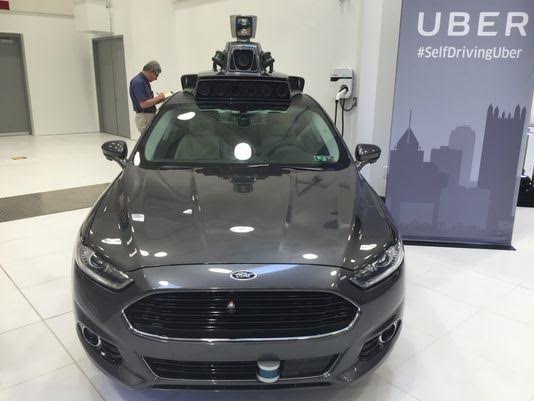 Uber Sets up AI Labs to Work on Autonomous ride-sharing

There is still a lot of debate about whether autonomous cars should be made road legal but with the developments that we have been seeing in this sector and most major auto manufacturers working on their very own autonomous cars, we are closer than ever to seeing them on the roads in the near future. Uber meanwhile is working on making ride-sharing a reality when it comes to autonomous cars. If the tech company becomes successful in its quest to develop adaptable, smart and reliable ride-sharing software, it will no longer have to depend on error-prone human drivers.

The company has now set up Uber AI labs to work on software to make autonomous ride-sharing possible. This new subsidiary will focus on the development of new systems that can power a fleet of self-driving vehicles. In order to form the core of the staff at the new division, Uber acquired a tech startup named Geometric Intelligence that specializes in AI research.


While most company researching the use of AI intelligence in this field crowdsource the data that will support the autonomous hardware, Geometric Intelligence has developed systems that can mimic human action and create their own rules by using only a few examples and extrapolating the information. Eventually the team believes it would be possible to train machines to think like humans when it comes to driving. Other areas the team at Uber AI labs will research include determining more accurate routes and more precise arrival times.

Uber has made considerable headway when it comes to development of autonomous cars. The company has been testing a small fleet of such cars for several months and is even working on plans for flying taxis. Such plans will definitely give it an edge in the battle for market share against competitors like Lyft and automotive manufacturers like Audi and Ford that are working on autonomous technology for cars.