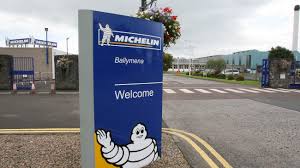 Leading tire manufacturer, Michelin will be closing its factory in Ballymena in Northern Ireland by the end of April 2018 due to decline in sales. The company had decided on closure of the factory back in 2015 as the company tried to counter decrease in profits. In the period from 2007 to 2014, the company’s sales had decreased by USD 5 million and it had shed 5000 jobs in 2009. In order to maintain the profitability of the plant, the company needed to update the machinery used at the facility. It however, lacked the capital to do that and was unable to cover the high energy costs associated with running the plant.

Michelin has finalized the sale of the land to Silverwood Business Park Limited, a company that is planning to transform the site into a business park comprising office spaces, a manufacturing plant, and a warehouse hub, thus creating several jobs in the process. Silverwood will be using only 58 acres of the 68-acre property and Michelin is gifting the remaining 10 acres to the East Antrim Borough Council, which is planning to use the land for building a Heathrow Logistics Hub.

Michelin will use the profits from the sale of the Silverwood facility for investment in its two other factories in Ireland, one in Stoke-on-Trent and one in Dundee. The company will be offering a compensation plan for its 900 employees in Ballymena. While 43 employees from Ballymena have opted to transfer to Michelin’s other locations, 65 have retired, and 260 have found new jobs.

Other tire manufacturers also have downsized. Goodyear recently closed factories in England and Germany. Firestone has announced that it would be closing its plant in Canada by the end of this year.