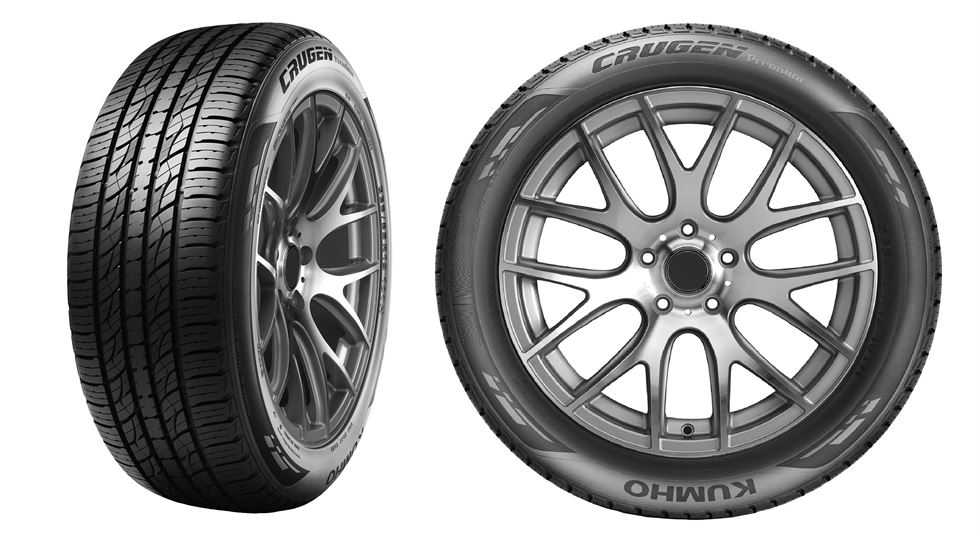 Kumho Tire has announced that its Crugen Premium tires have been selected to be factory fitted on the latest model from Volkswagen, the Volkswagen Atlas. The Atlas is also Volkswagen’s biggest model and is a seven-seater SUV that is meant mainly for the North American market. It is also expected to draw significant interest in other key markets like Russia, China and the UAE. Kumho said that it has already started supply of its Crugen Premium KL 33 tires in in size 245/60 R18 105 to Volkswagen’s factory in Tennessee, United States.

Kumho’s Crugen series of tires are tires that are specially optimized for use in urban high-performance SUVs. Such vehicles need tires which exhibit outstanding performance when it comes to braking, steering and stability while driving at high speeds. The tire incorporates an upgraded High Dispersible Micro silica compound for higher fuel efficiency and it has a tread pattern that is designed to be more durable and provides higher stability. The outcome of these innovations is a quiet, smooth and comfortable ride in all weather conditions for light SUVs and crossovers.

Commenting on the OE fitment, Insoo Kim, head of OE sales at Kumho Tire said that Kumho was very proud to get yet another original equipment approval with Volkswagen, the largest car manufacturer in the world. He said the new OE fitment for Volkswagen attested to the high quality and performance of Kumho’s products. According to Kim, Kumho would continue to invest in development within the SUV and off-road segments in order to continue to provide its customers with the best products.
Kumho makes the Crugen Premium KL33 tire at its factory in Gwangju, South Korea. The tire is also supplied as an OE tire for the Hyundai Santa Fe.
Kumho Tire had faced a liquidity crisis last year before it decided to accept a capital investment from China’s Doublestar. The new OE fitment indicates that Kumho is back to its winning ways.