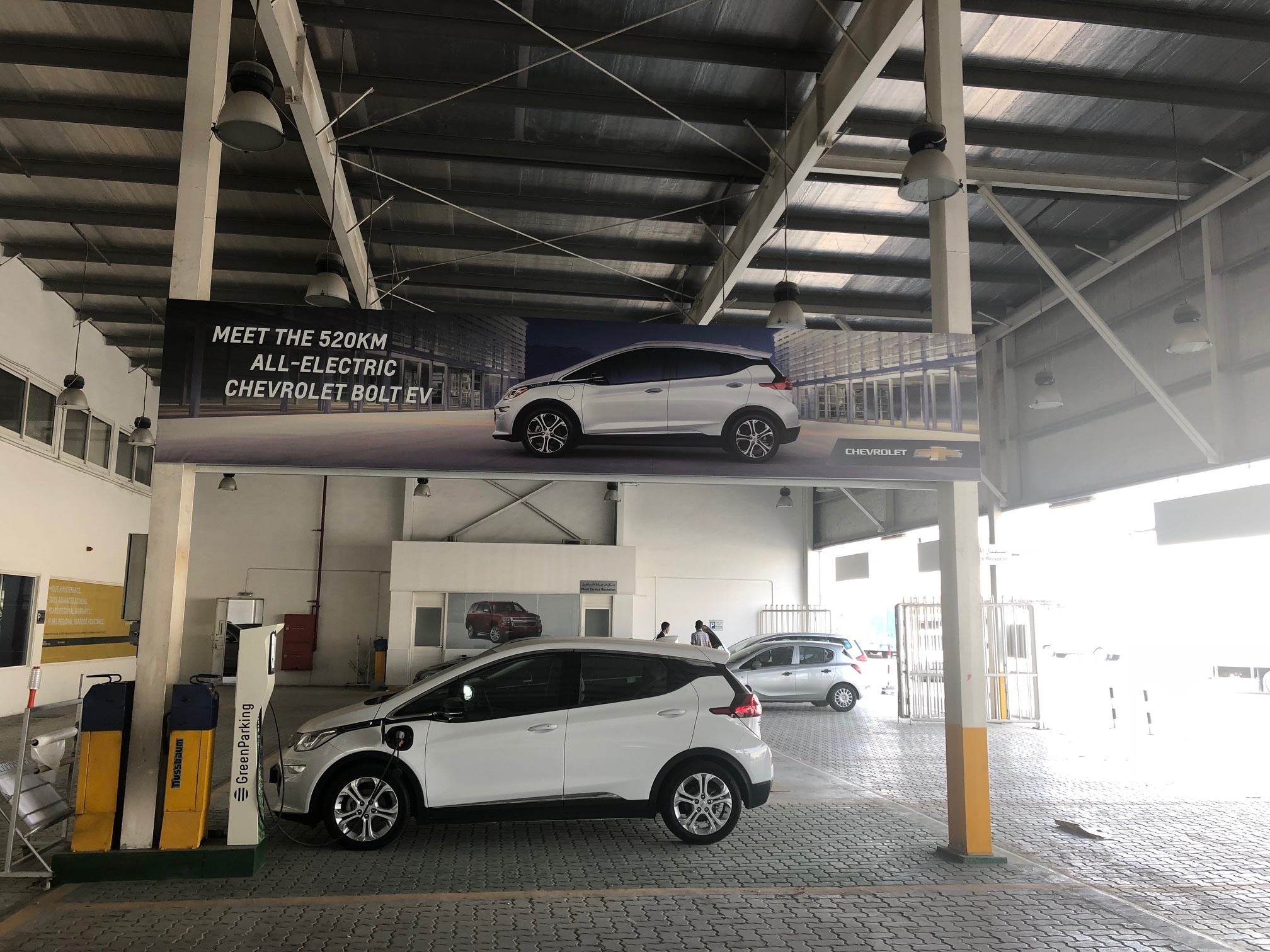 Liberty Automobiles, the dealer for Chevrolet, has become one of the first dealers in the UAE to install a Chevrolet Bolt EV charging station for its customers. This initiative reflects Liberty’s zeal to promote electric vehicles and a cleaner, greener era of transportation in the UAE in line with the government’s Clean Energy Strategy 2050.

Commenting on the achievement, Sheikh Zayed Khalid Al Qasimi, Group Deputy Chairman of Liberty Investment Company (Holding Company of Liberty Automobiles) said that Liberty is committed to playing a key role in the next chapter of the Middle East’s EV story due to the belief that electric vehicles are the future of transport. With the Chevrolet Bolt slated to be launched later this year in the UAE, Liberty has now provided its customers with a convenient and easy accessible location where they can charge their vehicles with minimum hassle. This is expected to expedite the adoption of electric vehicles across the country.”

The Chevrolet Bolt EV was launched at the Dubai International Motor Show 2017 and will be available at the retail level in the UAE before the end of 2018. The vehicle offers a range of over 500km on a single charge as per the New European Driving Cycle, which is the best in its class. The Chevrolet Bolt has zero emissions, and hence offers users the alternative of an eco-friendly ride. Oher distinctive characteristics of the Bolt include its roomy interior, a beautifully designed exterior, advanced safety features, and innovative technologies including electronic precision shift, a Regen on Demand™ steering wheel paddle and a 10.2-inch-diagonal colour touchscreen. The Chevrolet Bolt had recently received the renowned 2017 North American Car of the Year Award among a growing number of independent accolades.

Rimoun Hanouch, Group General Manager of Liberty Automobiles, commented said that with Liberty’s backing, the Chevrolet Bolt EV is slated to become a mainstay of electric vehicle fleets in the region thanks to its exceptional reliability and range. He added that the new charging station is part of the company’s ongoing strategy to sustain the dynamic market shift toward electric vehicles by promoting public awareness of the benefits of electric vehicles by making it easy for customers to switch from conventional vehicles to electric vehicles.

Liberty Automobiles was established in 1976 and has played a key role in the growth of General Motors. The company’s award-winning services and products are geared towards providing a positively different, dynamic, and genuinely friendly experience for customers across the UAE.