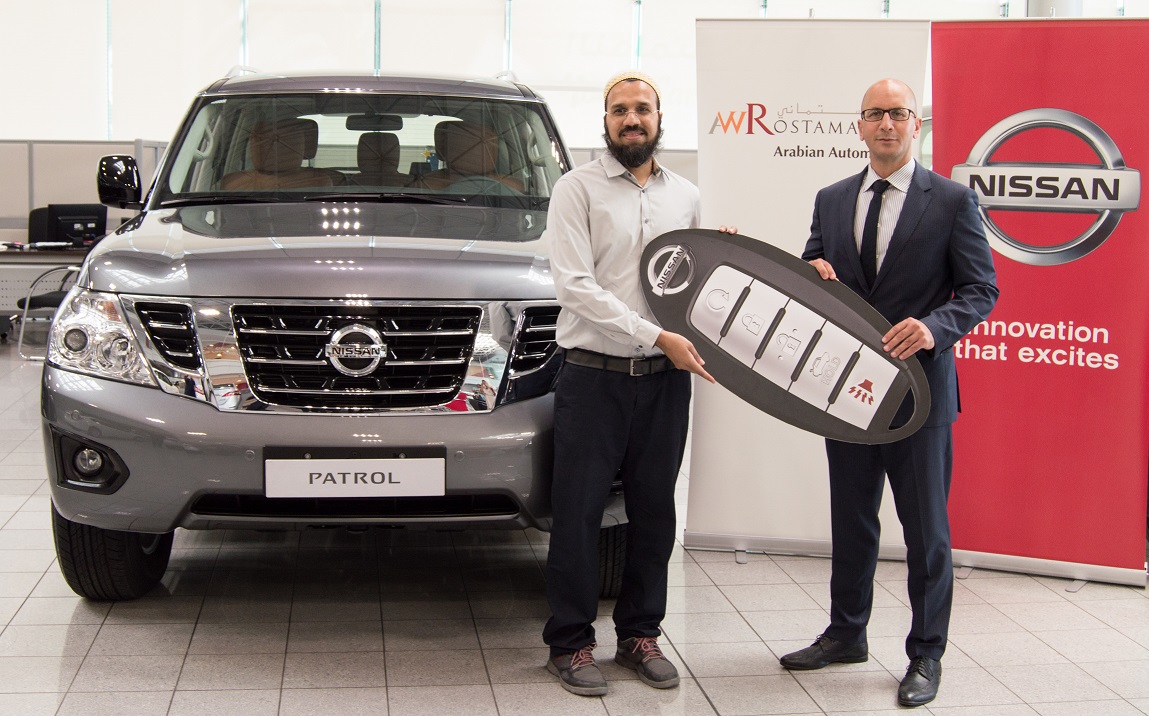 Arabian Automobiles, the flagship company of the AW Rostamani Group and the exclusive dealer for Nissan in Dubai, Sharjah and the Northern Emirates, has announced the first winner of its “50th Anniversary Raffle”. The company held the raffle to mark its 50 years of operation in the region and Khuzema Ismail of India emerged as the first winner of the raffle, getting a Nissan Patrol in the bargain.

The raffle was held as part of the company’s ‘Nissan Ramadan Campaign’, which serves as an expression of gratitude to those who buy Nissan vehicles during the holy month. Two Nissan Patrol 2018 from Arabian Automobiles were up for grabs as prizes for lucky customers in this campaign that celebrates the spirit of giving.

Countless customers participated in the raffle and it was Khuzema Ismail who was lucky enough to have his name selected on a random basis. He became the proud and happy owner of a brand new Nissan Patrol 2018, which is billed as the most luxurious, powerful and safest car in its class.

For 50 years, Arabian Automobiles has strived for customer happiness and satisfaction, and this raffle is an extension of this pursuit. In commemoration of the spirit of giving during ‘Year of Zayed’, Another Nissan Patrol 2018 is slated to be given away as a raffle prize to a fortunate winner who shall be revealed following Eid as a fitting conclusion to the holy month.