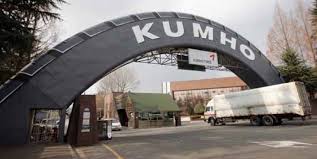 Kumho Tire announced on April 1 that it has decided with its union with plans made bty the company’s creditors to sell Kumho Tire to Chinese tire manufacturer, Doublestar. Doublestar has agreed to invest a sizeable amount of capital in the company to get back on track again so that it is a profitable concern.

Another key area of concern was that the company would be able to operate independently. Doublestar has guaranteed that Kumho Tire’s management team which is based in Seoul would be able to retain the company’s brand name and to run the business independently. The deal is similar to the one that Volco had finalized with Geely in 2010 as an outcome of which Geely infused capital into the Swedish company but followed a hands off approach and allowed the managed to reinforce the Volvo brand.

Doublestar will, over the next three months acquire a majority stake in Kumho Tire through a rights issue as an outcome of the deal that the company has made with the creditors of Kumho Tire. This injection of capital is expected to help alleviate Kumho Tire’s dire financial condition. Kumho Tire’s creditors will supply the company with the additional funds needed to meet urgent expenses and to resolve the current liquidity crisis.

The funds obtained through the Doublestar deal will be used to further stabilize the company and to expand its facilities for research and manufacturing, upgrade its innovative technology and expand OE homologations across the globe.

There will be particular focus on upgrading manufacturing facilities to make eco-friendly tires to cate r to consumers in the highly competitive, technology-intensive market segment. Kumho Tire also has plans to make tires more affordable by normalizing production in China and to raise quality standards by improving its production lines in Korea and the rest of the world. This would further increase its brand value.