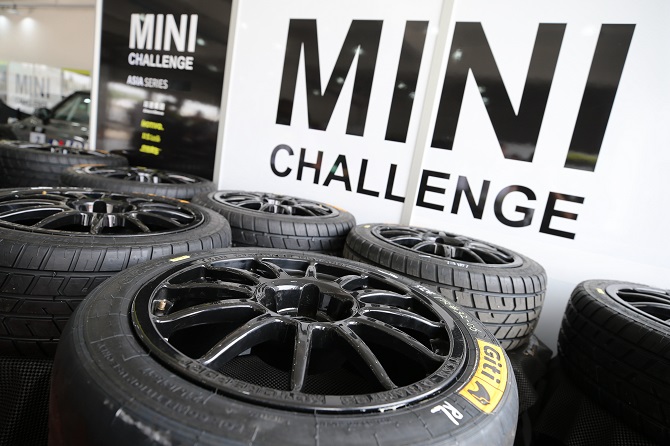 Giti Tire is beginning the action packed 2018 motorsport season as the supplier of the MINI Challenge Asia series. The series will draw drivers and MINI fans from across the world to participate in races and exciting activities. The first race was held in Zhuhai, China and featured a strong field and an exciting performance from Leona Chin, a renowned female Malaysian racer and Giti Ambassador. The MINI Challenge starts off the year on a high note for Giti Tire which will serve as the supplier for Nürburgring 24 Hours Race, Renault Clio Cup Asia Series, LMP3 Series, and many more exciting events to be announced.

The MINI Challenge was first held in the UK 17 years ago, and has now spread to venues across the globe, including the US, Europe, and now Asia. The event is being held in China for the first time in 2018, and Giti is contributing with tire sponsorship and branding of vehicles as part of an event that celebrates the MINI brand for fans from around China. The MINIs participating in the race are upgraded versions of the John Cooper Works MINI F56, which have 255-bhp engines and sequential gearboxes. The tires used for all vehicles are GitiCompete GTR1 tires and they contribute to the excitement of the race with their strong grip, acceleration and cornering control.

As the tire partner of the series, Giti Tire gets opportunities for tire interactions and demonstrations. Racing events serve as a proving ground for drivers, racing cars, and tires. They serve as the best means of improving and innovating tires of all types. Giti Tire is committed to innovative research on tire technology, whether it is for the racetrack or for the road. This has been highlighted through the company’s success in car and truck racing success in top competitions held in Europe, Asia, North America, Australia, and elsewhere.

Giti Tire will be officially starting the 2018 racing season with the MINI Asia Challenge and will move on to partner with the LMP3 series in Asia in April, followed by Giti’s return to the renowned Nürburgring 24 Hour Endurance Race in Germany in May. The company also has plans to debut in another major series, which it will announce shortly and participate in many events throughout the year. 2018 is set to be one of the most exciting years for Giti in the world of motorsports.