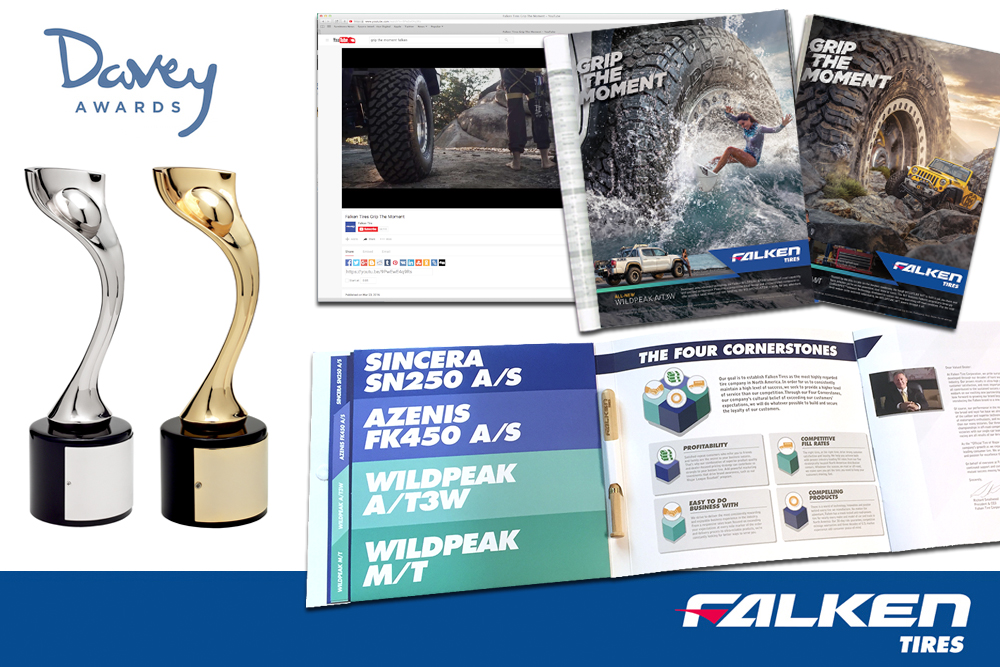 The Davey awards are given on an annual basis and the emphasis is on big ideas and not on big budgets.

Commenting on the awards, Rick Brennan, vice president of marketing for Falken Tires thanked the International Academy of Visual Arts for the four awards. He said that the Falken team was excited to receive the awards. They signified recognition from leading professionals acknowledging the effort that the Falken marketing team made to elevate the brand.