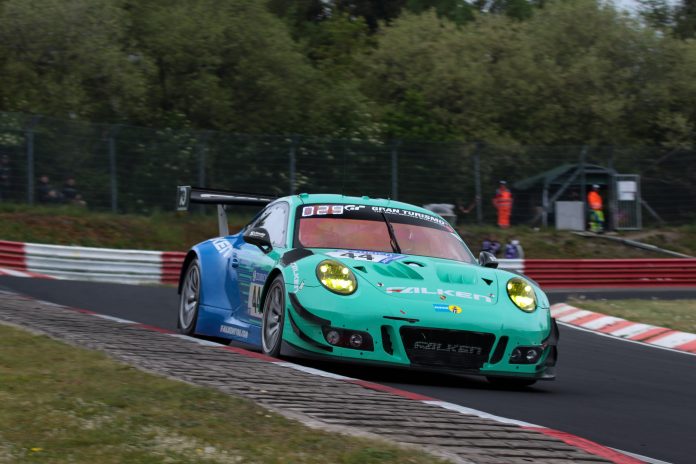 Falken Launches ‘One Team, One Tire, One Goal’ Race Video

Falken has debuted a highly exciting video titled “One Team, One Tyre, One Goal” to promote brand awareness. The video features the challenges and performance of the Falken team at the 2018 ADAC Zurich 24h-Race which was held at the Nürburgring race track.

The impressive footage in the three-minute video captures the raw emotions of the Falken team as they tackle difficult challenges during the ADAC Zurich 24h-Race.

The recording technology used in the video is of such high quality that the video can be played on giant screens or on TV. Close coordination between camera crew handling six cameras, four ATVs, a cable cam, a number of gimbal systems and a fleet of drones was needed to make the video. The drones for filming the video were supplied by Falken’s technology partner, DJI.

From a technological perspective, the film crew used Red Epic digital film cameras in 6K & 8K Raw and Red Raven in 4.5K Raw to produce 20 hours of raw footage. This footage took 10 terabytes of data, which is equivalent to over 2,000 DVDs or 400 Blu Rays and was used to produce the final video.

The film was the key component of Falken’s “One Team, One Tyre, One Goal” campaign, which played a major role in Falken’s communication campaign to showcase its participation in the 24-h Race.

Commenting on the video, Markus Bögner, managing director and COO of Falken Tyre Europe GmbH said that this year, the spotlight was on the functioning of the Falken Motorsports team as a team unit.

Bögner concluded, “Our videos of the 24h-Race have a long tradition, and are eagerly awaited by many of our fans.”