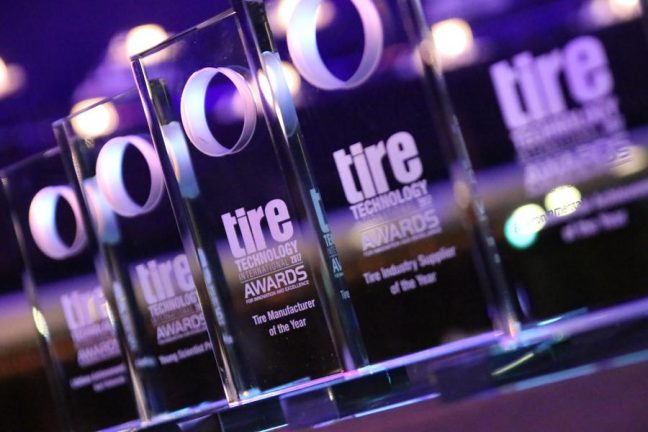 Recognizing Bridgestone’s commitment to innovation, a panel of 27 independent tire experts chose to honor Bridgestone with the “Tire Manufacturing Innovation of the Year” award for its new tire building system EXAMATION. Emilio Tiberio, Head of R&D, Bridgestone EMEA region, received the 2017 Tire Technology International Awards for Innovation and Excellence on behalf of the company at a gala ceremony held during the Tire Technology Expo in Hanover, Germany on 15th February.

Speaking at the ceremony, he said that that it was a great honor for the company to receive the award for its EXAMATION tire assembling system. Bridgestone believes that using ICT technology and AI for  production systems will be of great benefit and will help to fulfil its commitment to “Serving Society with Superior Quality”.

The judges lauded Bridgestone’s use of AI in a tire manufacturing plant. The first application the EXAMATION system at the Hikone plant in Japan in 2016 was so successful that the company decided to make the use of the system more widespread. Bridgestone then introduced the system in the Tatabanya plant in Hungary and in the company’s new plant in Russia.

Shunichi Yamazaki, president, Intelligent Vehicle Research Institute, Japan, and a member of the jury noted that a generation of highly skilled engineering workers are now about to retire in Japan and the complete transfer of technical expertise to younger workers is highly difficult to achieve. It is in this context that using a system like EXAMATION would prove to be highly useful as it can improve efficiency and productivity while reducing the margin for human error. The system measures as many as 480 points of quality data through sensors, and carries out automatic control in real time by artificial intelligence so that a tire can be assembled in optimal conditions. Eventually, it is expected that the use of this king of technology will become prevalent across all manufacturing industries.”

Speaking further about this award, Graham Heeps, editor, Tire Technology International magazine and chairman of the judging panel said that in the next decade, the use of artificial intelligence and sophisticated data analysis will emerge as key trends across many manufacturing industries. Bridgestone’s innovative EXAMATION system serves to prove that the tire industry is at the cutting edge of production technology.

This is the 6th time that Bridgestone has won a Tire Technology award ever since the program was set up in 2008. In the inaugural year and in 2016 Bridgestone won the Tire Manufacturer of the Year award. This was followed by Technology awards for its Contact Area Information Sensing technology (CAIS) in 2012 and ologic reduced-rolling-resistance technology in 2013, and the Environmental Achievement of the Year award in 2013 for the new Americas Technical Center in the USA.