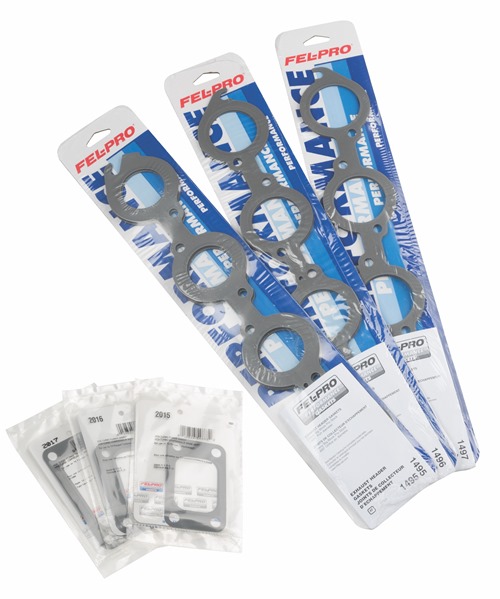 Fel-pro brand belonging to Federal-Mogul Motorparts has announced the launch of a new high-temperature alloy turbocharger gasket. This gasket can be used in racing engines, as it has been designed to tolerate extreme temperatures, like those that are created in high-end racing engines.

Federal-Mogul Motorparts stated in a press release that the gasket is available for use with T3, T4 and T5/6 turbochargers. The Fel-Pro HTA gaskets come with a proprietary high-temperature alloy and coating which is able to withstand temperatures that are as high as 1,600 degrees Fahrenheit.

Conventional turbocharger gaskets are not able to tolerate the extreme temperatures, pressure, vibration and thermally induced casting motion that are seen in high-performance engines and can hence fail in high-output racing applications. In contrast, the Fel-Pro HTA gaskets are ideal for use in such environments.

Commenting on the new product, Ron Rotunno, performance products manager for Fel-Pro said that many racing teams are realizing that even a part that is as small and uncomplicated as a turbo gasket can affect the performance of their engines in highly critical situations. When the material in a conventional gasket becomes compromised, it has an impact on the performance of the engine and it is likely to create less power due to an exhaust leak.

According to Fel-pro, the gasket features an emboss bead. This bead acts as a spring to maintain sealing contact stress under virtually all operating conditions. The gasket also has a high-temperature coating which for giving an added level of micro-sealing against a broad range of casting finishes.