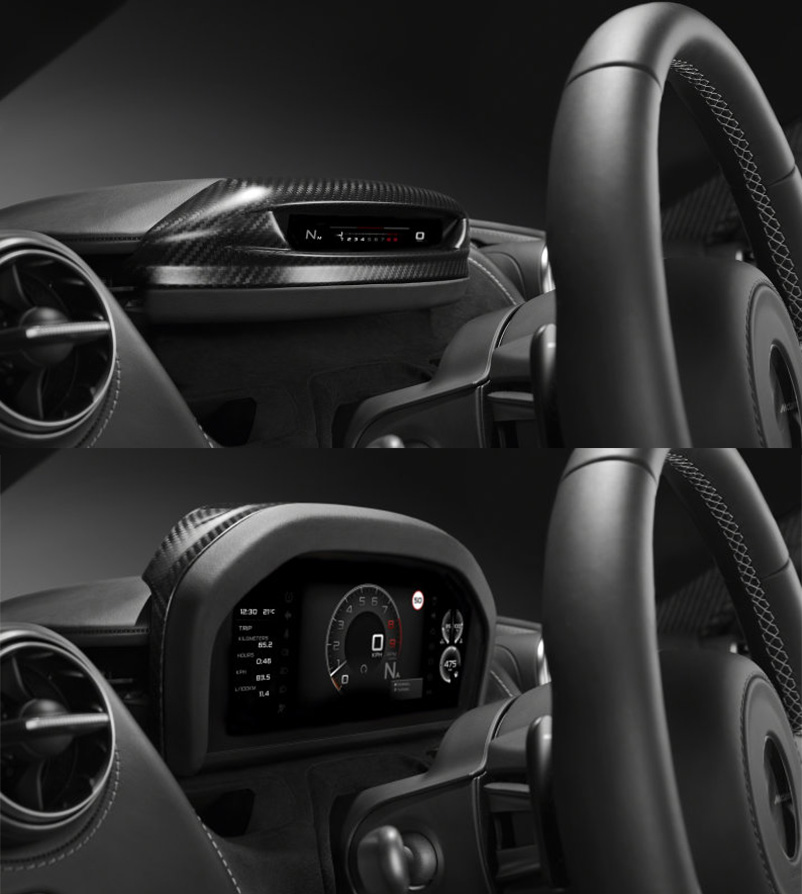 McLaren has developed a slim display mode for the 720S that will be highly useful for drivers when their only focus is on performance and speed. Sometimes too much information on the display can lead to mental clutter as well and this Slim Display feature will be handy for racers and drifters, especially when they are trying to wring the best performance from a high-performance supercar like the 720S. The company has now made it possible for motorists to hide most of the gauge screen merely by pressing a button.

This Slim Display Mode will be particularly useful for those who want to test the limits of the model’s new Variable Drift Control. While drifting, the performer’s mind is meant to focus solely on the visual indicators outside the car rather than on things like weather notifications and the music playing on the radio. When the button is pressed to fold down the large gauge screen is folded down, a smaller display strip appears with just key details like the speed, the gear, and the tachometer.

The big screen, when it is in position diplays a whole lot of other information like the external temperature, fuel levels, the full trip computer, and a round tachometer. McLaren calls this feature the Folding Driver Display and it comprises just one part of the new McLaren Driver Interface, which also includes a new 8.0-inch center screen having a revamped interface to keep tabs on audio, navigation, and settings.