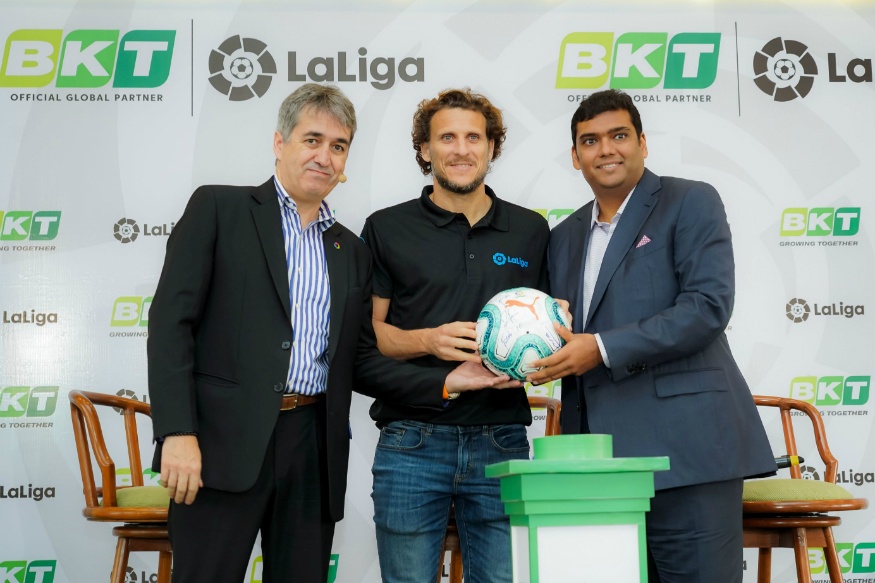 Balkrishna Industries Limited (BKT) has signed on as the “Official Global Partner of LaLiga”, the Spanish football league. The partnership has been finalized for a period of three years and will continue till the end of the 2021/2022 season.

Commenting on the deal, Rajiv Poddar, Joint Managing Director of BKT said that “LaLiga” is synonymous with excellence and symbolizes football with a capital ‘F’. He added that the company was taking up a
new marketing initiative through this collaboration with the Spanish football world, abd went on to call LaLiga a brand of unquestionable value.

“It is a great pleasure that we can strengthen the bond between BKT and the world of sport, and above all the football world with both its rules and dynamics that we find fully in line with our own values, along with determination and the uncompromising wish to win,” Poddar added.

Jose Antonio Cachaza, Managing Director, LaLiga India said that BKT has used aports marketing effectively to promote the brand to key stakeholders. He said LaLiga was quite excited to welcome BKT onboard as a brand partner as the company shared the same values as LaLiga.

He concluded, “I’m sure that, together, we’ll be able to bring LaLiga closer to our fans over the world while our brands keep growing internationally.”

Diego Forlan, LaLiga Ambassador, said that India is a country that is extremely passionate about football and offers immense potential to become stronger in global football. He said that during his time in India, he got to interact with Indian footballers, aspiring footballers and other stakeholders who were involved in building up the football environment in the country. He went on to add that it was nice to see an Indian brand like BKT join hands with LaLiga to build more awareness.”

BKT’s earlier partnerships in the world of sports include a deal with the Monster Jam circuit in 2014 as part of which giant Monster Trucks fitted with BKT tires performed truly impressive stunt as well as a sponsorship agreement with Lega Nazionale Professionisti B, the governing body of the Italian second league championship, which was finalized last year and will run until l June 2021. As an outcome of the deal, Lega Nazionale Professionisti B was renamed as “Serie BKT”.

BKT also sponsors the French “Coupe de la Ligue BKT” football competition, to which the company has obtained the naming rights till June 2024, and is also associated with world of cricket in Australia through a deal with the KFC Big Bash League, which is valid for two more years.

Spain is a key market for BKT in Europe, especially in the farming sector. BKT makes tires for several specialist sectors but the core focus of the company is on making tires for the agricultural segment.