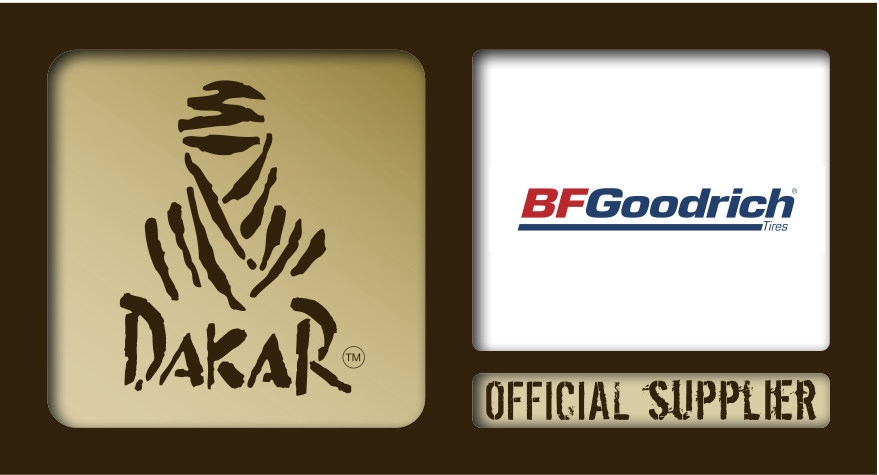 BFGoodrich Tyres will be resuming its role as the event’s official tire for the 2017 edition of the Dakar Rally after withdrawing from the event in 2012. The 2017 Dakar Rally will be starting in Asunción, Paraguay in January and as part of its sponsorship deal, BFGoodrich tyres will be supplying tires to many of the participants and willalso be setting up the BFGoodrich Dakar Service Center, which will be available 24/7 to offer technical expertise to the competitors. The rally will take place over two weeks and competitors will face tough terrain and unpredictable  weather over more than 5,000 miles across three countries as they race to the finish line in what is arguably one of the toughest endurance races in the world.

BF Goodrich is a brand that has considerable expertise when it comes to the manufacture of rugged tires. The brand created its first radial all-terrain tire in 1976 and has been responsible for many off-road racing victories around the globe. As part of its deal with the Dakar Rally, BF Goodrich will equip approximately 300 vehicles at Dakar with race tires that have been customized to tackle all kinds of rugged terrain.

Speaking about the company’s support for the event, Michelin and BFGoodrich motorsport director, Pascal Couasnon said that BFGoodrich has a proud racing heritage when it comes to long-range races and is excited to continue its global involvement in racing in the dirt with the brand’s official return to the Dakar Rally. Cross-country rally racing is a challenging event for all competitors and the Dakar Rally involves racing across some of the most complex terrains on the planet. He also added that BF Goodrich will continue to use all the technical information it learns during races in racing laboratories around the world to develop new technology and constantly improve its products

The BFGoodrich tires used for the 2017 Dakar Rally will include tires that have already been tested globally like:

BFGoodrich said that the technology it has used in these tires is transferred to the brand’s tires for consumers which will have compounds and casings which are similar to the competition tires. One example of this is the All-Terrain T/A KO2, which was designed to offer motorists durability and extreme traction. In addition to using the rally as a platform for developing new innovations, BFGoodrich is also committed to winning, with the brand claiming its first class victory in the Paris Dakar in 1993, which was followed by a dozen overall Dakar victories, including 10 consecutive  wins from 2002 to 2012.