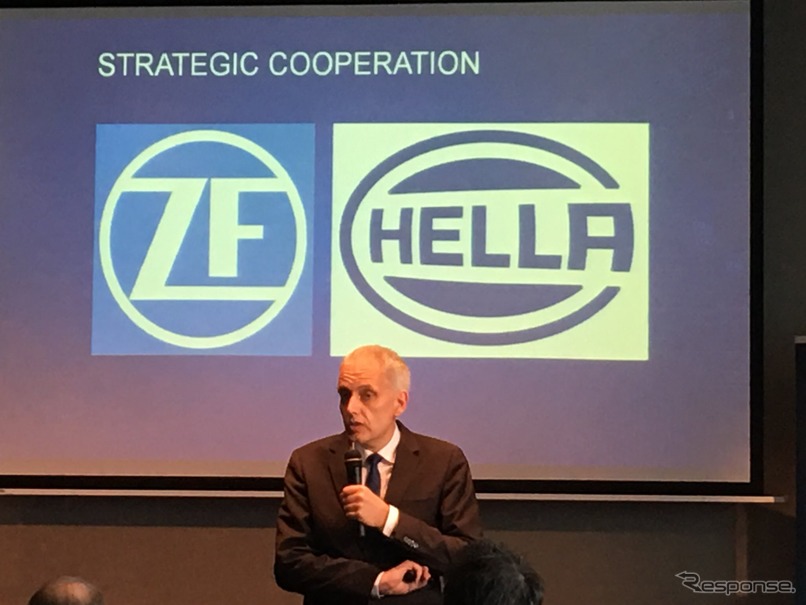 ZF Friedrichshafen AG has announced that the company will be teaming up with component supplier Hella to work on radar and camera technology as part of its strategy to strengthen its autonomous system portfolio.

Announcing the partnership, the company’s CEO, Stefan Sommer said in a statement that this strategic partnership for sensor technology would enhance ZF’s position as a complete systems supplier for modern assistance systems as well as autonomous driving systems.

Hella KGaA Hueck & Co. is a German supplier that has a history going back more than 100 years and specializes in lighting and automotive electronics. The agreement between the two companies is nonexclusive and pertains to a common understanding that they would share information and resources related to sensor technology.

Sommer said that essentially ZF is looking for economies of scale and the competition aspect makes no sense in this regard.

“The automotive world is changing; the speed of the change is increasing,” said Hella CEO Rolf Breidenbach. “What we need are open cooperations.”

Sommer said that these investments were prompted by an increased awareness that auto manufacturers are now demanding self-driving systems to be ready a lot earlier than supplier had projected.

“All of our technology needs to be capable to serve Level 4 by 2020,” said Sommer, referencing an autonomous standard that involves minimal human interaction.

ZF finalized the partnership with Hella in just 10 weeks.