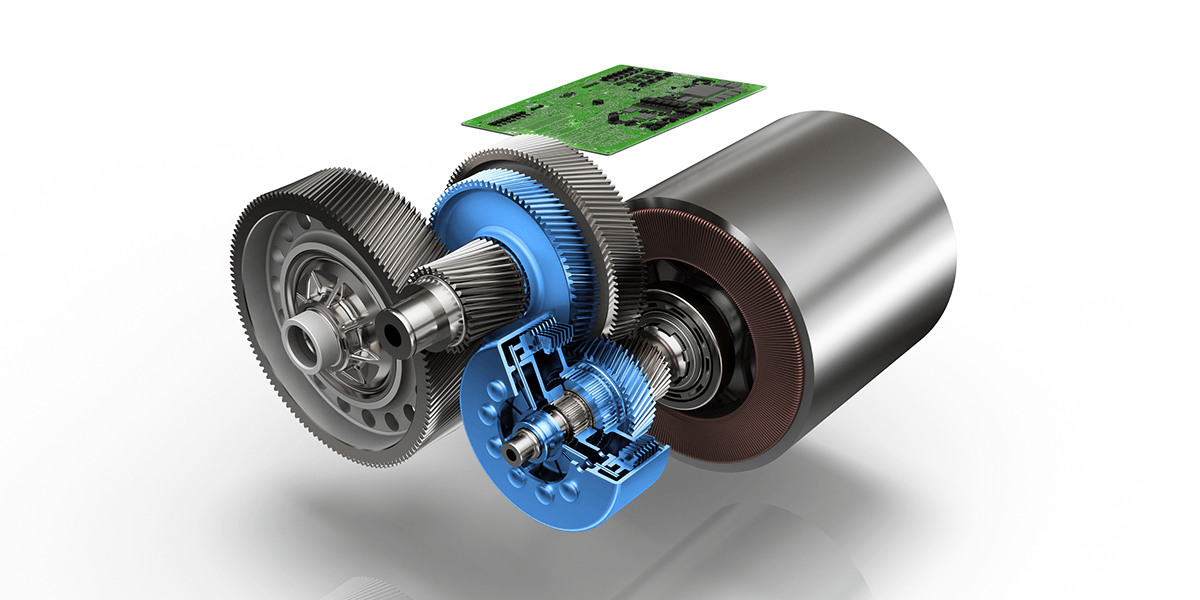 Leading manufacturer of gears and transmissions, ZF Group has developed a new twospeed gearbox that it claims can transform the performance of electric cars. Currently, electric cars can accelerate quickly as unlike cars powered by internal combustion engines, they do not have transmissions. Their top speeds however are not very impressive as they cannot leverage torque to their advantage. The speeds at which electric vehicles are most efficient can vary, but generally, they are most efficient at about 30-40 MPH.

One might think that an electric car is unlikely to need a transmission as it has the capability to achieve maximum torque through its rev range. But the ZF Group feels that its new transaxle/drive unit can totally change the manner in which an electric car behaves as it is programmed to shift once it reaches 43mph. 43 mph is the default setting. ZF says that the gearbox can be programmed to shift at a different speed depending on the requirements of the automotive manufacturer.

When the new gearbox is integrated into an electric car, the top speed will show significant improvement.
ZF conducted tests which proved that using the gearbox not only helped to increase the range of the vehicle by 5 percent but also helped to get better acceleration numbers when compared to a single-speed vehicle.

According to Bert Hellwig, ZF’s head of E-Mobility, till now manufacturers of electric cars had to choose between high initial torque and a high top speed. This new gearbox will help to eliminate this conflict. The new drive will be compatible with performance and heavier vehicles.

ZF said that the gearbox was designed specifically for electric cars. Hence, it is lightweight and compact in design.