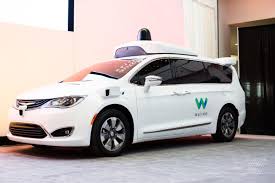 Waymo has become the first company in the industry to get official approval to test driverless cars without safety drivers on public roads in California.

The California Department of Motor Vehicles chose Waymo as the first company to get a permit to test driverless vehicles on public streets and highways in the state. Waymo has been allowed to test the autonomous vehicles in parts of Mountain View, Sunnyvale, Los Altos, Los Altos Hills and Palo Alto in northern California.

Both Waymo and its parent company, Alphabet are based in Mountain View, California.
Waymo hailed this step in a blog post as a green light to get out of the driver’s seat when the technology is ready.

Waymo has ambitious plans to launch an autonomous ride-hailing service in the metro Phoenix area before the end of 2018 and says that it has logged over 10 million miles testing its vehicles in real-world traffic. Initially, it will test Its driverless ride-hailing service in a limited area before expanding over time. Eventually, the company is hoping to take its robo-taxis to other cities and states.

California has proved to be a popular place for testing semi-autonomous and fully autonomous vehicles. Until now, the Department of Motor Vehicles has required the presence of a safety driver when such vehicles are on public roads. Waymo and other automakers and technology companies have been testing automated vehicles on closed roads for several years now.

The driverless permit comes with many stipulations like the maximum speed at which the automated vehicle can travel which is capped at 65 miles per hour. The vehicles are however permitted to be used even in fog and light rain.

With this achievement, Waymo gets an edge over other companies like
Cruise, which is testing self-driving vehicles in San Francisco and has plans to have its robo-taxis providing public rides by the end of 2019.