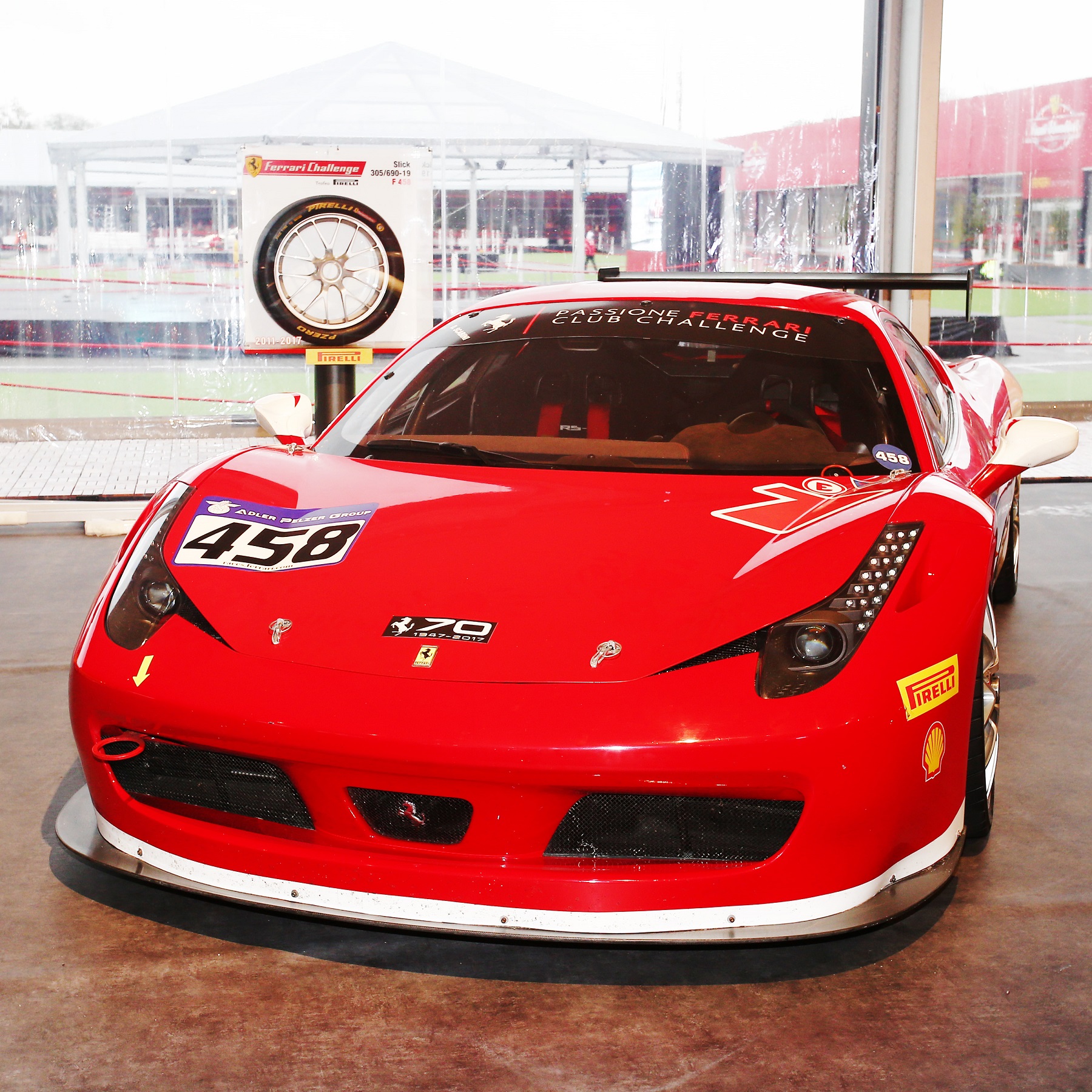 CARS AND TYRES: THE HISTORY OF THE FERRARI CHALLENGE
The first Ferrari model that inspired the one-make series was the Ferrari 348 Challenge, which was inspired by the 1989 348 TB and TS. The race car variant sported the model’s 3.5-liter V8 engine that produced 320 horsepower. When compared to its road-going version, the 348 Challenge car did not have many modifications, but it did have slick tires that Pirelli made especially for this model. The first Ferrari Challenge tire was a 17-inch slick that came in different sizes for the front and rear (245/620-17 and 265/640-17 respectively). The tires too were closely linked to those used for the road going version of the car. Pirelli used the normal P Zero moulds, with changes to the construction and compounds used.

The 348 was last used in the 1996 races, during which it participated along with the new 355 Challenge car. This challenge car was also closely inspired by its road-going counterpart, right down to the 380-horsepower engine. The key differentiating features were the safety devices needed for motorsport and the customized Pirelli tires. It was for this model that Pirelli made its first 18-inch tires for Ferrari’s one-make series and this size was used for over a decade.

The third car to be used in the races first made its debut in the 2000 races: the 360 Challenge, derived from the 360 Modena. It too had the same power as the road variant (400 horsepower) but weighed less. In 2001, it underwent a few significant modifications, with its power being increased to 415 horsepower. More demands were also placed on the tires, but the Pirelli tires used in 2000 were more than capable of tackling this challenge, with changes only in the sizes and the compounds.

The next significant step in the series was the entry of the 430 Challenge which had the same 490 horsepower as the road car, but used new technologies thanks to Ferrari’s lessons in Formula 1 racing. This included the use of the first carbon ceramic braking system of any Ferrari competition car. Hence, the tires too needed to be modified and thus the first 19-inch tires were made, both in the form of slicks and wets. For the first time ever, ‘full wet’ tires were used, which had a specific full wet tread pattern.

In 2010, the renowned Ferrari 458 Italia was the road legal car used as the inspiration for the latest Challenge car. The racing version had the same 570 horsepower but weighed 100 kilograms less, had specific engine mapping and a competition exhaust. Another notable feature was an electronic rear differential that needed the tires to work in tandem with it. Pirelli modified the tire dimensions and compound, while maintaining the same wheel size.

Turbocharging first came into the picture at the Ferrari Challenge in 2016 with the advent of the 488 Challenge. The horsepower increased by 100 hp when compared to the 458, and the lap time decreased by a second. Pirelli came up with new tire sizes for the 488 Challenge to handle the stronger performance of the car.

Theo Mayer, who manages Pirelli’s Ferrari Challenge programme, said: “It’s an excellent opportunity for Pirelli to work alongside Ferrari on the Challenge. Alongside the professional drivers there are also gentlemen drivers: amateurs who have other real world commitments on top of racing. The tyres are always developed in parallel with the car, one year before the Challenge is officially launched, enhancing drivability and performance for drivers at every level. The objective of these developments has been to maximise performance, using the latest technical innovations from Pirelli’s renowned motorsport department. This helps to make the tyres more driveable in all dry conditions, For rainy conditions, a specific full wet tyre has been developed. Now that we are entering the 26th year of our partnership, our next objective will be to celebrate half a century together.”