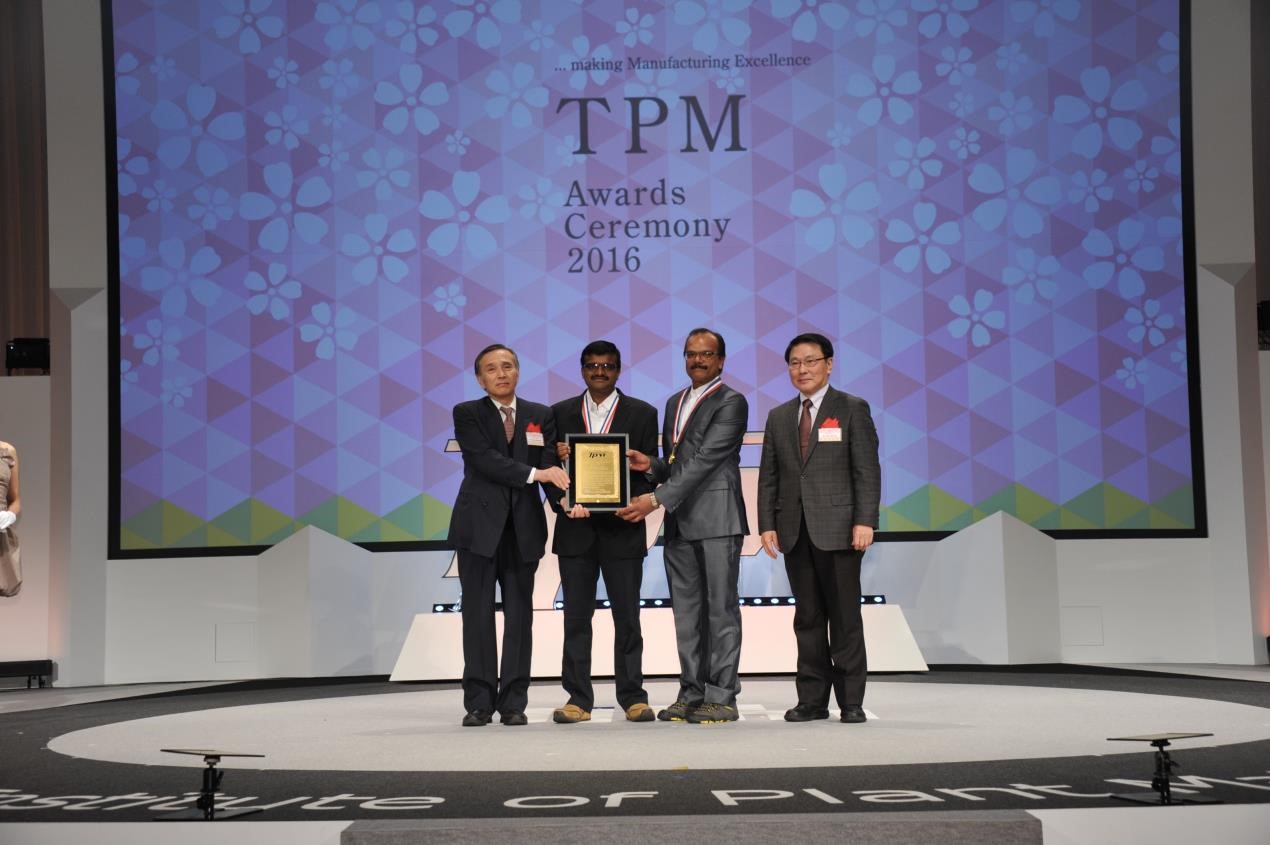 WABCO Holdings Inc., which specializes in technologies and services for enhancing the e safety, efficiency and connectivity of commercial vehicles, has announced that the company’s subsidiary in India, WABCO INDIA Limited has received the 2016 Total Productive Maintenance (TPM) Excellence Award from the Japan Institute of Plant Maintenance (JIPM).

WABCO INDIA emerged as a winner of the TPM Excellence Award for its factory in Chennai, Mahindra World City Lean manufacturing facility which makes advanced braking and innovative control technologies. The factory also serves as a hub for the export of components to global car manufacturers and commercial vehicle manufacturers in other parts of the world.

The TPM Excellence Award was instituted in 1964 by the JIPM to recognize companies which demonstrate a company-wide commitment to maintain world-class quality standards and superlative production capabilities. The award has played a key role in contributing to the development of industry as companies view with each other to modernize their plants and adopt plant maintenance technologies.

Commenting on the award, said that the TPM Excellence Award recognized the differentiation and maturity of WABCO’s global infrastructure and highlighted the capabilities of WABCO INDIA.

He added that WABCO has five world-class factories in India which make frugally-engineered, high-quality and cost-effective technologies to cater to the requirements of  local customers and to export to commercial vehicle manufacturers in the Americas, Europe and Asia.

Kaniappan, vice president, WABCO INDIA said, “This recognition is an extremely proud moment for all of us at WABCO INDIA particularly as a world-renowned independent expert organization such as JIPM has certified that we have attained a benchmark standard for most effective production systems. He said that the company uses TPM to continuously improve its productivity, product quality, cost effectiveness and work culture, and to help maintain WABCO INDIA’s positioning as a Center of Excellence.

Earlier, the company’s plant in Ambattur won the TPM Excellence Award from the Japan Institute of Plant Maintenance. WABCO INDIA also has been recognized as a global leader when it comes to implementing Lean manufacturing, according to the Lean Enterprise Institute. Other multiple platinum and gold honors have been granted by the Automotive Component Manufacturers Association of India.