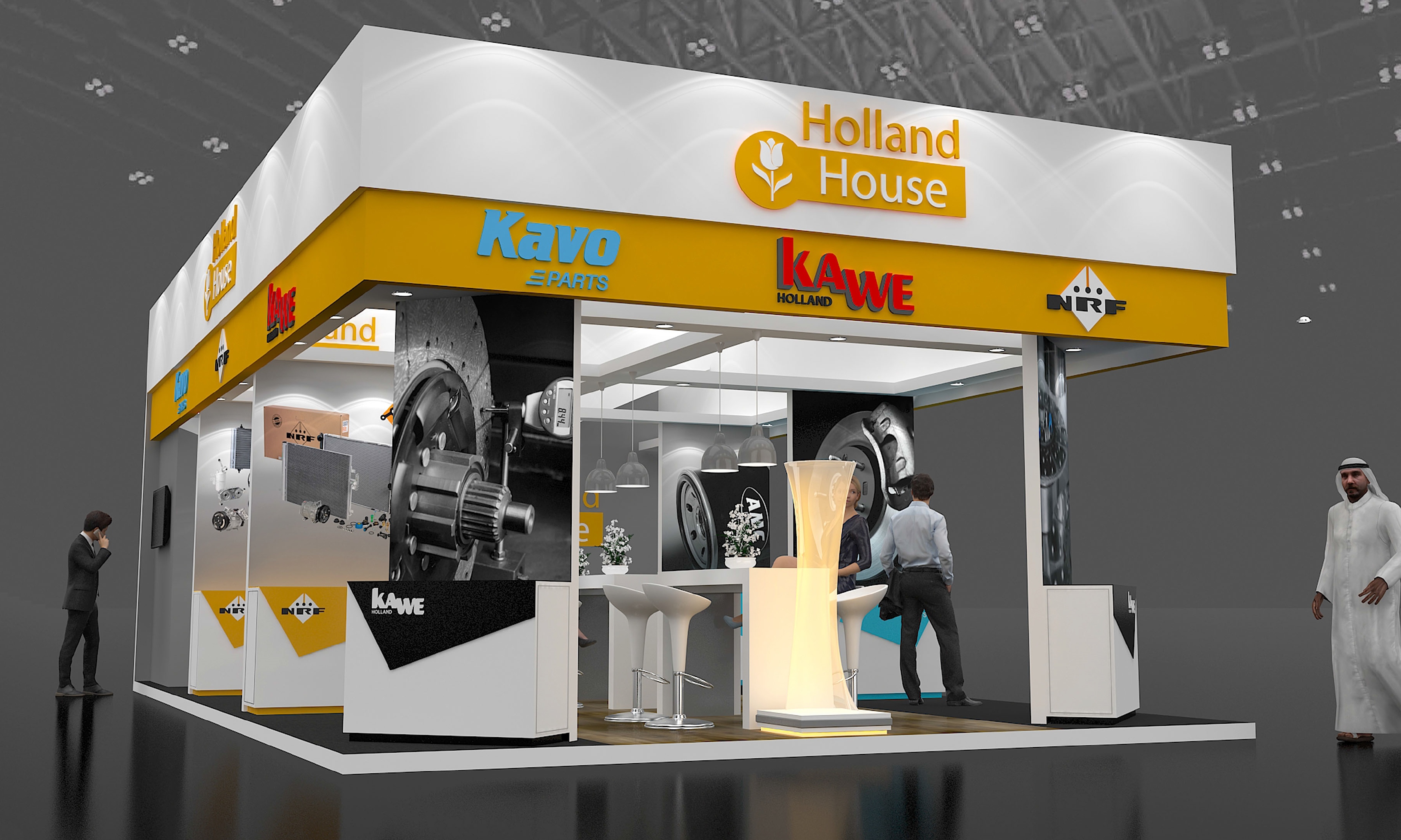 Three leading Dutch companies – KAWE, Kavo Parts and NRF will be exhibiting again at the 2018 edition of Automechanika Dubai with Holland House. The three companies had collaborated in a similar manner for the 2017 edition of the show.
Automechanika Dubai is scheduled to be held from 1 to 3 May, 2018. The show is the biggest and fastest growing such trade show in the Middle East and Africa region and will feature more than 2000 exhibitors.

The stand of the three exhibitors, Holland House, will have a typical Dutch look but each of the three companies will have their very own distinct identities. Peter Bloemberg, Sales and Marketing Director at Kavo Parts and one of the people who came up with the concept of Holland House said that by participating in one booth, the three companies would be joining forces and thus cutting costs while leveraging each other’s network. He termed it as the perfect example of 1 + 1 =3. Jeroen Beterams, Marketing Manager at NRF, confirmed this, saying that Africa and the Middle East region are important growth markets for all three companies. Automechanika Dubai would serve as the perfect platform to enhance their position in the international market.