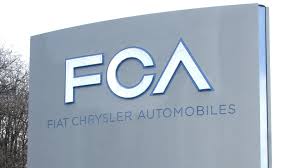 Fiat Chrysler has announced that the company’s board of directors has asked its management to spin off its parts business, Magneti Marelli as a separate entity. This is well in line with FCA CEO Sergio Marchionne’s plan to purge FCA’s portfolio and unlock value for Magneti Marelli. FCA’s other components units include robotics specialist Comau and castings firm Teksid.

Marchionne said in a statement that the separation of Magneti Marelli from FCA will give Magneti Marelli the operational flexibility it would need to grow strategically in the coming years, while delivering value to FCA shareholders. Marchionne said that the spin-off would allow FCA to focus on its core portfolio, while improving its capital position.
Magneti Marelli operates in 19 countries and has a workforce of about 43,000 people. IT specializes in components for lighting, powertrain and electronics. The divestment of Magneti Marelli is part of a five-year business plan that FCA is due to present on June 1.
Marchionne was the driving force behind FCA’s divestment of trucks and tractor manufacturer CNH Industrial and the supercar brand Ferrari. It is expected that the separation of Magneti Marelli from FCA will be completed by the end of 2018 or by early 2019, with the shares of the company being listed on the Milan stock exchange once the process is complete.

FCA has often been approached by PE firms and rivals of Magneti Marelli who were interested in a takeover, one of them being Samsung Electronics, which had made a bid in 2016.
As in every case, the spin-off of Magneti Marelli will be subject to regulatory approvals, tax and legal considerations and a final approval by the FCA board.