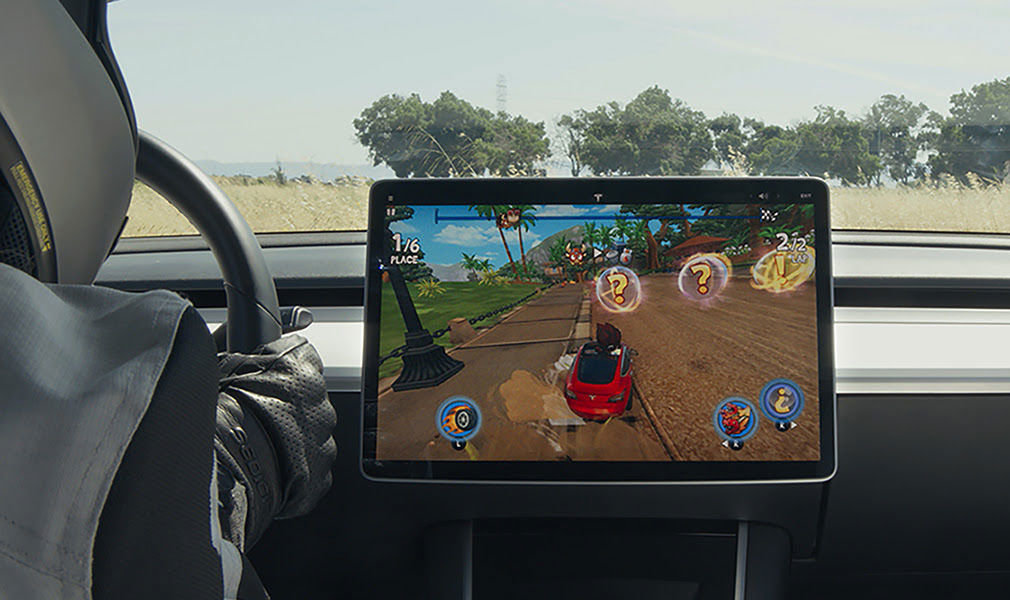 Tesla has just launched a new video game that can be played by using the actual controls of a car. Elon Musk unveiled the first images of the game running on Tesla’s new in-car video system.

The most recent game that Tesla has introduced is the Beach Buggy Racing 2. A company called Vector Unit developed the game for Tesla. The game will be added to the infotainment system as part of the launch of Tesla’s Arcade and Toybox

The game can be played while the vehicle is being charged using the built-in controls for your car. The steering wheel of the car can be used to steer in-game, and the same goes for the brake and the accelerator pedals.

Tesla has been promoting the game with teaser videos that it posted on Twitter in the runup to the launch. The game can also be played through the use of touchscreen controls and the company might possibly provide USB controller support as well.

The game looks like it is going to be a fun racing game and the graphics are likely to look great on the landscape-oriented screen of a Model 3. Beach Buggy Racing 2 has various difficulty modes ranging from Chill to Ludicrous and features 22 levels.

Tesla started with games like Pole Position and Asteroids and according to Musk, this is just the beginning, with the company planning to introduce more Atari games to the emulator. The company also plans to add other games from other companies.