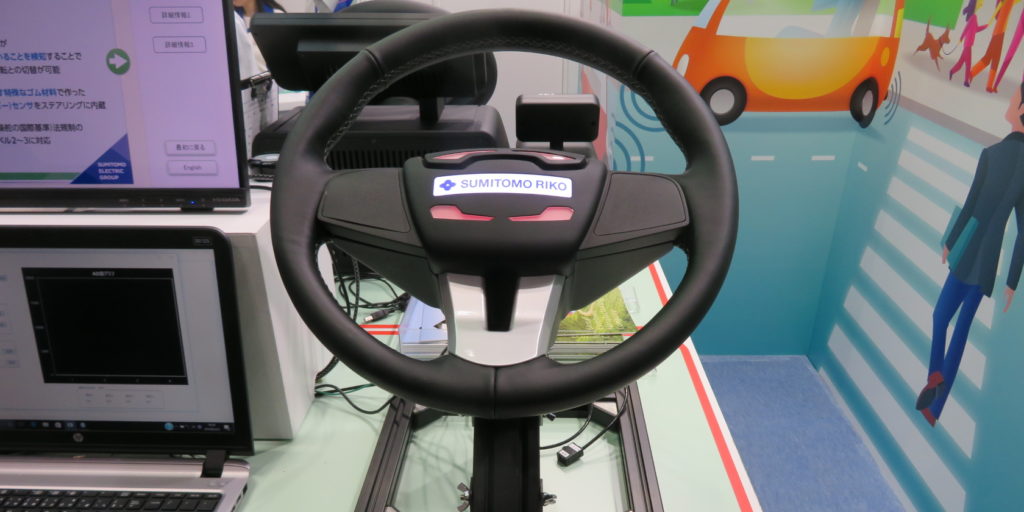 Sumitomo Riko Co., a Japanese company which is based in Nagoya and makes automotive components has developed a system that would make it possible for semi-automated cars to identify if the driver is holding the steering wheel.

The plan is to start commercial production of the system in the 2020 financial year. This technology would make it easier for motorists to transition seamlessly from autonomous driving to manual control in case of emergencies.

Called the Smart Rubber sensor, the sensor is made of anti-vibration electrically conductive rubber material. It has the capability to detect changes in pressure and thus identify which part of the steering wheel a driver is holding.

Carmakers are now engaged in a fierce contest to develop technology that would make it possible to achieve conditional automation — Level 3 on the Society of Automotive Engineers International’s scale to 5.

At Level 3, cars are self-driving but there should be a human driver available to take over the wheel in case of an emergency or if the system requests that the driver intervene. Self-driving mode will not be turned off unless the system decides that it is necessary for the driver to intervene in order to avoid an accident.

The technology that is currently available does not make it possible for the computers to find out if the  pressure applied to the rubber on the steering wheel was from the driver or from something else. One instance is when the tire forces transmitted to the steering wheel could be mistaken to be a driver’s hands.

Sumitomo Riko’s new system can improve the accuracy of detections as it can even detect if the driver is holding the steering wheel with one hand or both hands, and how firmly.

Sumitomo Riko’s exhibited this technology for the first time at Automotive Engineering Exposition 2019 Yokohama in late May, and it attracted a lot of attention.

“We hope it will be adopted by carmakers in the development of autonomous cars,” said a Sumitomo Riko official.

The firm developed the SR sensor in 2011 by utilizing its leading anti-vibration rubber material technology that was meant to reduce vehicle vibrations transmitted to the interior of the car. Sumitomo Riko is also working on the development of a system that could be installed in the driver’s seat and could determine the health condition of the driver by detecting his or her heart rate and breathing pattern.