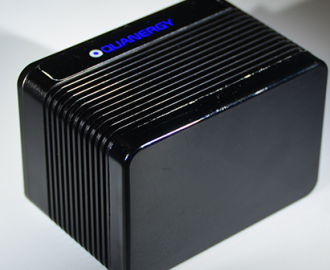 This sensor will definitely prove to be highly useful in the automotive technology’s drive to create self-driving vehicles. According to a statement issued by the company, the S3 is a the first such low-cost, compact, automotive-grade solid state LiDAR sensor which offers users high reliability and superior capability. The main benefit the sensor offers is that it can be easily concealed into the body of any vehicle. Hence, it will not compromise the aerodynamics or the design aesthetics of the vehicle in any way. With its ability to perform real-time 3D mapping and object detection, tracking and classification, it will be a boon for autonomous driving.

Commenting on the award, Dr Louay Eldada, Quanergy CEO said that he was delighted to be recognized with the CES ‘Best of Innovation’ Award, as it is the most coveted award in the industry. He went on to add that the S3 exemplifies Quanergy’s drive to push the boundaries of innovation in smart sensing and come up with unique, disruptive and cost-effective products which are meant to enhance the comfort, safety, and productivity of consumers on a mass scale.

Quanergy Energy Systems will be demonstrating its award-winning sensor and 3D smart sensing solutions at the 2017 edition of the International Consumer Electronics Show (CES), which is scheduled to be held from January 5 to January 8 in Las Vegas. The S3 was also showcased at the ‘CES Unveiled New York’ event on November 10 at the Metropolitan Pavilion in New York City.