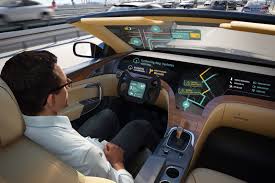 Top Safety Authority in the US Says Autonomous Cars are Misunderstood

She made this statement while speaking at the launch of a public education group which was organized by safety campaigners and car and technology companies. According to Hersman, self-driving cars offered the best hope for vehicle safety and could be a “potentially lifesaving technology” as widespread use of automated cars could potentially reduce the risk of road accidents and drink-driving deaths which are caused by human error.

Members of the new group said that there was undue worry on the part of the public about the safety of self-driving cars. Another factor that needs to be taken into account is that companies working on the technology often fail to reveal the breakthroughs they have achieved in terms of safety until they have been thoroughly tested. Hence, the technology is probably more advanced than we think.

Other members of the group include Audi, Toyota, chip company Nvidia, Daimler, and General Motors.

They plan to conduct demonstrations and awareness campaigns among the members of the public about self-driving cars.

Kyle Vogt, chief executive of San Francisco-based self-driving company Cruise, used the same event to state that the public fear and misunderstanding of self-driving cars was caused due to “misinformation”.

Self-driving car tests have faced backlash from the public after an incident in which a woman was killed by an accident in which an Uber self-driving vehicle was involved. Recently, some of Waymo’s autonomous cars in Phoenix, Arizona, were attacked by locals.