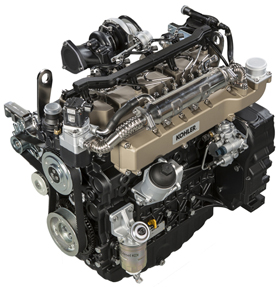 Ricardo is a company that has made engines for at least 15 major automakers and engine suppliers. The company has made all kinds of engines ranging from prototypes to pre-production units, and niche volume series production of high performance products. The company has made all sizes of engines from single cylinder engines for research purposes to V12 engines for marine and power generation. It has also made both naturally aspirated and multi-stage boosted engines including hybrid powertrain systems.

Over the past six months, the company has made a record-breaking 2,000 plus engines,  and has the capacity to cater to an even wider client base as it is expanding its advanced assembly plant and continues to invest in prototype engine build facilities.

Speaking about Ricardo’s achievements, Ricardo Performance Products managing director Mark Barge said that the fact that Ricardo’s production operations at Shoreham have supported 15 different OEMs with a record number of engines over the past six months, highlights the fact that the company has truly arrived as a manufacturer of advanced and high performance powertrains.

He added that the company broke the record by working closely with trusted suppliers who made it possible to source over three million components in just five years.

He concluded, “Together with Ricardo’s extensive capabilities in design and development of some of the world’s most advanced performance, highly efficient and low carbon powertrain systems, we can now offer one of the world’s most advanced and proven engine production capabilities from prototype to niche volume, and covering multiple sectors from performance cars to off-highway, power generation and marine applications.”