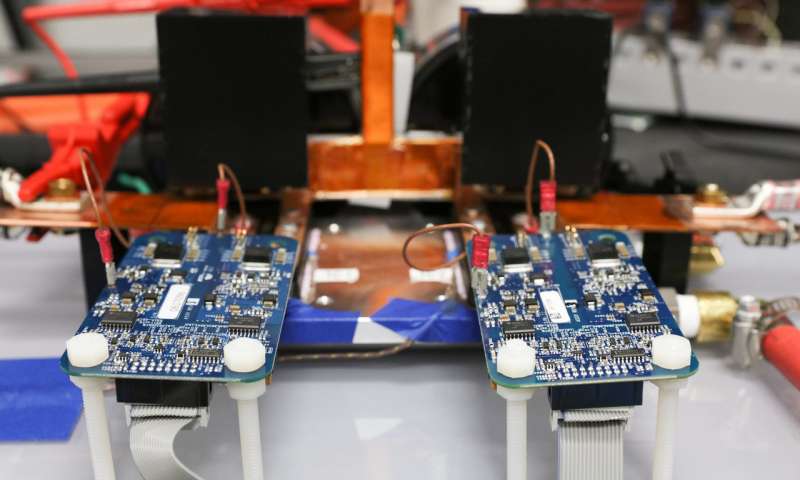 Researchers at the US Department of Energy’s Oak Ridge National Laboratory have made a breakthrough in wireless charging of vehicles. They demonstrated a 120-kilowatt wireless charging system for vehicles that makes it possible to charge vehicles in a much shorter time. This system provides six times the power of previous ORNL technology and can soon lead to the possibility of a charging time that offers speed and convenience similar to filling up the tank of a vehicle with petrol or diesel.

The wireless system has the capability to transfer 120 kilowatts of power with 97 percent efficiency. This is comparable to conventional, wired high-power fast chargers. In the laboratory demonstration, the system was able to transfer power across a six-inch air gap between two magnetic coils and charged a battery pack.

ORNL researchers developed and showcased the first 20-kilowatt wireless charging system in the world. This is being modified for applications such as commercial delivery trucks. Commenting on the project, project lead Veda Galigekere of ORNL’s Power Electronics and Electric Machinery Group said that it was important to maintain the same or smaller footprint as the previous demonstration in order to promote commercial adoption. The team used finite element and circuit analyses to develop a novel co-optimization methodology. This solved the issues of coil design while ensuring that the system didn’t heat up or cause any safety issues, and also minimized the loss of power during the transfer.

To achieve 120 kilowatts, the ORNL team came up with a new coil design that was co-optimized with the latest silicon carbide power electronic devices for a lightweight, compact system. The system’s architecture draws energy from the grid and converts it to high-frequency alternating current. This current generates a magnetic field that transfers power across a large air gap. Once the energy is transferred to the secondary coil, it is then converted back to direct current and can be stored in a vehicle’s batteries.

The ultimate goal is to advance fast-charging to the point where the system can deliver 350 to 400 kilowatts so that the charging time for electric vehicles is 15 minutes or less.

“This breakthrough significantly advances the technology needed to encourage greater adoption of electric vehicles by increasing their range and the ease of recharging, and in turn supports an energy-efficient mobility system for the nation’s economic success,” said Moe Khaleel, associate laboratory director for Energy and Environmental Sciences at ORNL.

The next step is to come up with innovations to increase power transfer level to 200 and eventually 350 kilowatts, while further refining dynamic wireless charging technology. A dynamic system will permit the automatic charging of electric vehicles through the use of wireless charging pads which are installed under roadways so that vehicles can be charged while on the move. Higher power charging systems are needed to minimize the cost and complexity of dynamic charging. “The goal is dynamic charging at highway speeds,” Galigekere said.