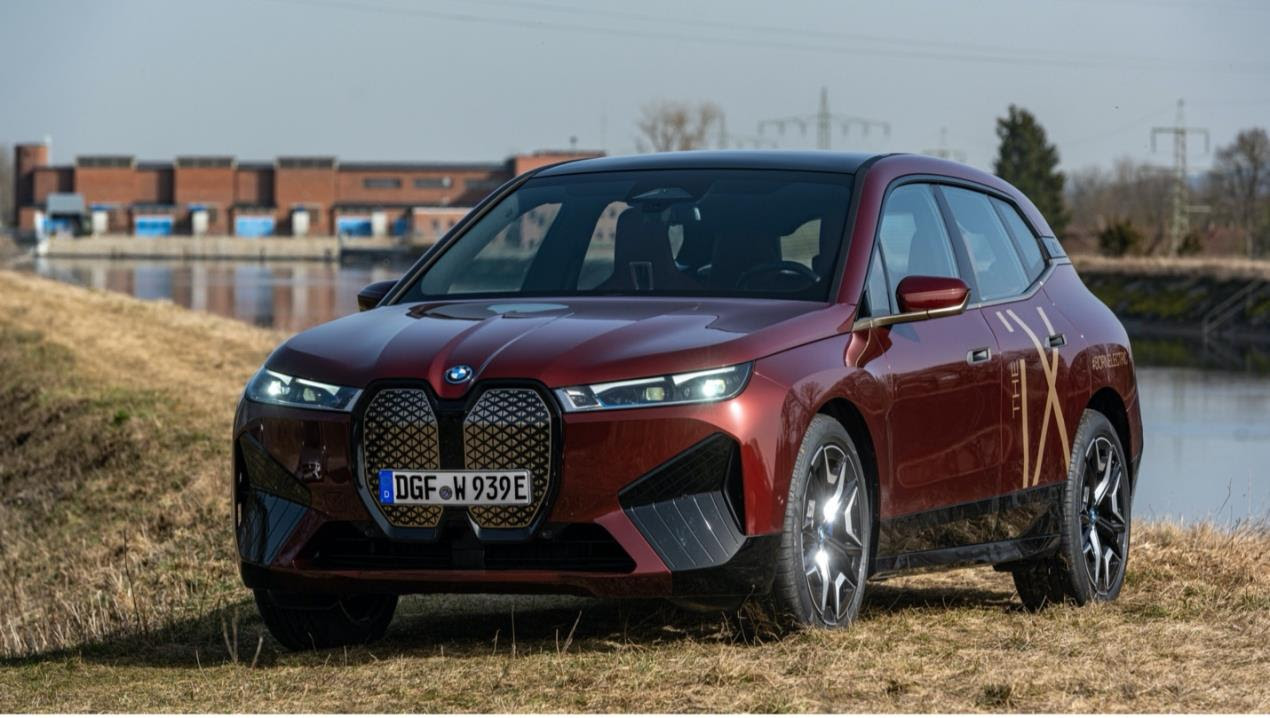 The BMW Group will power production of the new elec- tric BMW iX* and BMW i4 at Plants Dingolfing and Munich entirely with regional green hydroelectricity. Contracts have been signed with Stadtwerke München and RWE Supply & Trading for energy to be supplied by hydroelectricity from rivers Isar and Lech. Board Member for Production Milan Nedeljković: “We take a holistic view of sustainability. So rather than just minimising emissions from driving, we are working to significantly reduce the carbon footprint of our pro- duction processes.”

The BMW Group already powers its production facilities worldwide entirely with green electricity today. “What’s new is the fact that in the future, we will source our renewable electricity directly from regional providers based close to our plants,” Nedeljković explains. The green electricity needed for BMW iX* produc- tion will come from the Isar hydroelectric power stations Uppenborn between Moosburg and Landshut while production of the BMW i4 will be powered by the Lech hydroelectric power stations in Gersthofen and Rain. The energy they supply is also used to manufacture a wide range of components for the two electric models, at BMW Group Plants Landshut, Dingolfing and Berlin.

Our direct supply contracts add another major boost to the eco-credentials of the green electricity we use in production,” Nedeljković emphasises. But as well as im-plementing more and more such contracts, the BMW Group is increasing the share of the renewable or carbon-neutral electricity it generates itself. Since 2013, for in- stance, the four wind turbines at Plant Leipzig have provided all the electricity needed to manufacture the BMW i3*. Another of several examples from the BMW

The energy goals the BMW Group has set itself are designed for the longer term. Between 2006 and 2019, emissions from production fell by more than 70 percent per car. Going forward Nedeljković explains: “We want to cut CO2 emis- sions by another 80 percent by 2030, to less than 10 percent of what they were in 2006.”

The BMW Group has a strong foundation to build on, having raised the bar repeat- edly over the last few decades in terms of sustainability. Continuous improvement remains central to the strategy to cut CO2 emissions and increase resource effi- ciency.

As well as sourcing 100 percent green energy, since 2020 the BMW Group has been systematically investing in improving energy efficiency – partly by capitalising on the opportunities of digitalisation. Data analytics has already helped make pro- duction more efficient, for instance with predictive machine maintenance and by minimising the number of parts rejected from the bodyshop. As well as drastically cutting actual CO2 emissions, the BMW Group will offset any remaining emissions (Scope 1 + 2) in full via relevant certificates.