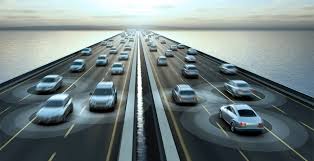 Connected vehicles have become increasingly popular in recent years. A new research report projects that in the next four years, shipments of connected vehicles will increase considerably to exceed a figure of 125 million by 2022.

The research conducted by Counterpoint Research forecasted that there will be a growth of 270 percent by 2022. Based on the report, the leading players in this segment are BMW, Audi, General Motors, and Mercedes Benz.

It has been made mandatory for all new vehicles sold in Europe from April 2018 to have ‘eCall’ technology. This technology is used to automatically dials the 112 emergency number in the event of a serious emergency. Hence, all the vehicles sold in this market will need to have at least one connected feature.

Hanish Bhatia, Senior Analyst for IoT & Mobility at Counterpoint, said that the leading markets for vehicles with embedded connectivity in the past year were Germany, UK and the United States as they accounted for the highest number of shipments. It is expected that making eCall mandatory will change the market outlook for such cars in Europe and spur demand in other markets as well.

While most cars having connectivity use 2G/3G networks, the market is quickly evolving and it is likely that such vehicles will soon be employing 4G technology.
Neil Shah, Research Director at Counterpoint Research, said that he expects 4G LTE network to account for almost 90 per cent of cars with embedded connectivity by 2022, and 5G is expected to be available from 2020 onwards, though it is not expected to be in widespread use till 2022.

The key issue for leading automotive manufacturers will be to convince motorists that they need this kind of technology in the vehicles they purchase. Kantar TNS recently conducted a study which revealed that almost 50 per cent of motorists who owned connected cars failed to understand what benefits such vehicles offered to them.
For most consumers, the key priorities when buying a vehicle are fuel economy and safety. When it comes to marketing connected vehicles, this is one idea that automotive manufacturers need to keep in mind.