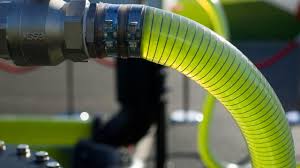 India Explores Use of Bamboo for Biofuel

An oil refinery in India is engaged in a project to explore the use of bamboo for biofuel. The Numaligh Refinery which is owned by the government has set up a USD 200 million joint venture with a Finnish company called Chempolis Oy to produce ethanol for use as biofuel on a commercial basis. The joint venture expects to produce at least 60 million liters of ethanol on an annual basis and this quantity would be adequate for blending with gasoline to meet the entire fuel requirements in Northeast India. The eight states in India’s north-east together account for two-thirds of the total bamboo production in the country.

S.K. Barua, the managing director of the oil refinery said that bamboo is a plant that grows abundantly in the region and will serve as a gamechanger when it comes to the fuel situation in the country. Oil consumption India has grown at a record pace and all kinds of alternatives including use of crop residues and even sewage water are being explore to reduce the need for petrol and diesel. India’s prime minister, Narendra Modi has also made a pledge to reduce India’s energy imports by 10 per cent by 2022. Hence, the biofuels industry is set to boom into a UD 15 million market by 2020 with support from the government.

Leading oil companies in India are exploring the use of non-molasses sources like agricultural residues and petrochemicals to increase the production of ethanol. Currently, only 2.1 per cent of gasoline is being blended with ethanol, while very little biodiesel is mixed with diesel. In 2018, the goal is to achieve 5 per cent blending for both petrol and diesel, with bamboo expected to play a key role in the achievement of this goal.