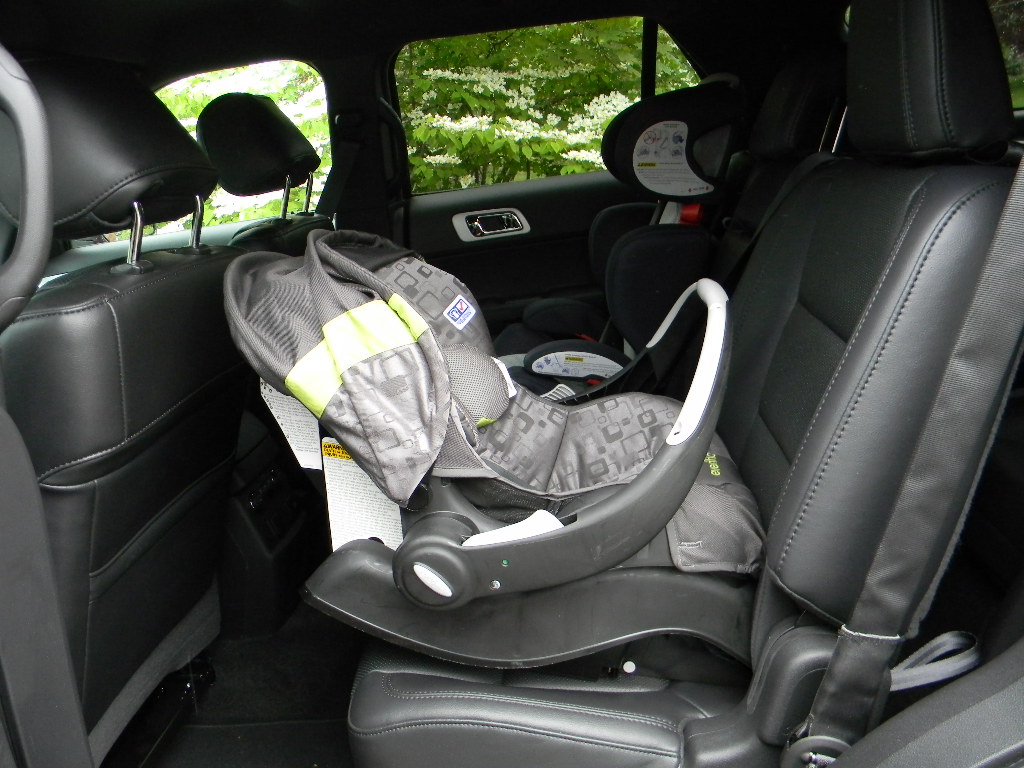 Maxi Cosi has launched the first child carseat in the world with builtin airbags. The product was launched in Britain and can detect an impending collision in less time than it would take to blink the eye. Just like the airbags installed in modern cars protect adults, the builtin airbags in the shoulder pads of the harness of the car seat automatically inflate and then deflate one second after impact.

The seat can be used either in front facing or back facing positions and it can also be used in the front passenger seat, according to the manufacturer has said. The device has the technology to reduce the jerking forces on the neck and head by half when compared to other forward-facing car seats. In the event of a frontal collision, children in forward-facing seats can experience severe trauma to the spine and the neck and are at risk ‘chin-to-chest’ strikes. The car seat is suitable for children from four months to four years
Called ‘Air Technology’, the mechanism used in the seat uses an acceleration sensor and trigger installed in the back to activate a CO2 air cartridge. This cartridge can inflates a pair of small airbags around the child’s shoulder and chest area.

Commenting on the new carseat, Andrew Ratcliffe, managing director of Maxi-Cosi, said that the seat marks a real innovation in terms of safety. In view of the high number of children who are killed in traffic accidents every year, the deployment and evolvement of car seats can play a key role in making children safer when they travel.
He said: “Successful applications in airbag technology gave us inspiration, such as the airbag jackets for motorcyclists and airbag seatbelts in aircraft that inflate during a collision.”

Maxi-Cosi collaborated with Helite, a French company specialising in mobile airbag technology in order ot make the carseat. Ratcliffe said that Maxi-Cosi Air Safety technology will reduce the impact of an accident to a child’s neck and head in a forward-facing child car seat making toddlers safer. The system can detect a collision in 0.05 seconds and inflate the two airbags in the shoulder pads “within the blink of an eye” to minimize the impact of the collision by cushioning the head softly.
In tests, the seat reduced the forces acting on the neck vertebrae and the head in the case of a frontal collision by up to 55 percent. The first child car seat that will include the airbag is the AxissFix Air and it is now available at the retail level. It features a 360° swivel which can be used for both rear and forward-facing travel and is suitable for children whose height is between 61 and 105 cm (2ft and 3ft 5in).