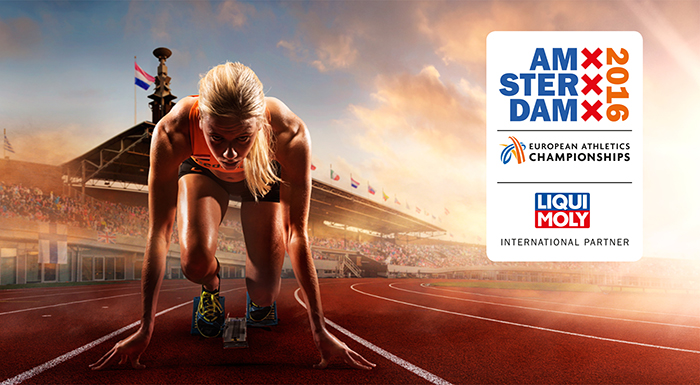 LIQUI MOLY, a leading German motor oil and additive specialist, will be rooting for the European Athletics Championships in Amsterdam as an “International Partner”.

In a statement, Peter Baumann, Head of Marketing at LIQUI MOLY, said that athletes showcase their peak performance in athletic tournaments, while they demonstrate theirs in commercial competition. He added that this is their common ground and the reason for their support for the European Championships.

LIQUI MOLY is the sole brand of oil advertising inside and outside the stadium. It is anticipated that thousands of spectators and millions in front of the television will follow the events which will last for five days. Bauman continued that for them, this is an outstanding opportunity to increase the popularity of their brand.

The company’s sponsoring engagement for the European Athletics Championships is only part of a wide array of international engagements to which it committed itself, including the MotoGP Motorcycle World Championship, the Alpine World Ski Championships, and the TCR Touring Car Racing Series.