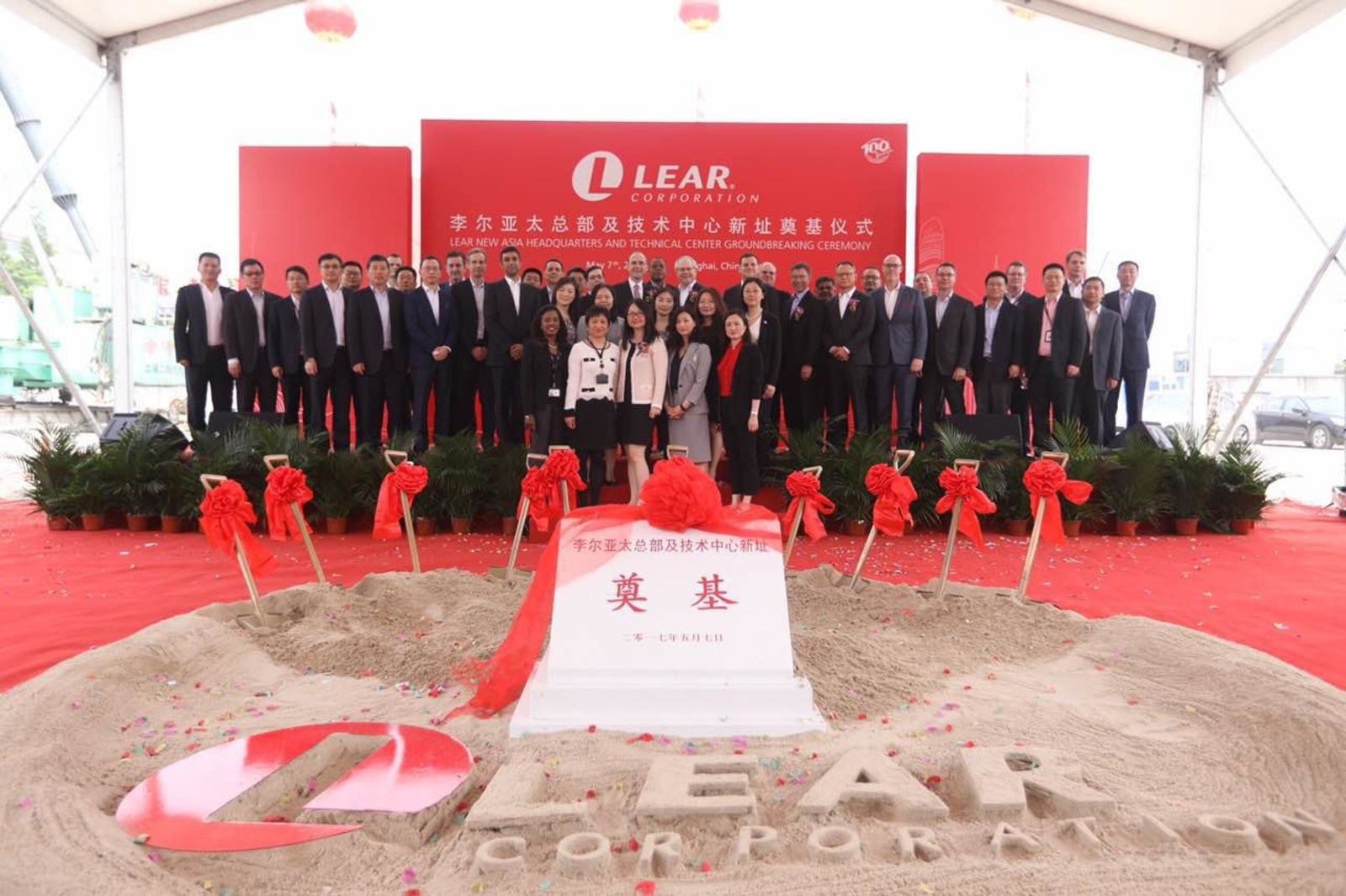 Lear Corporation, which is one of the leading manufacturers and suppliers of automotive seating and electrical systems, recently held a groundbreaking ceremony for the headquarters and technical center it is planning to set up close to Shanghai, in Yangpu District. Work had started on the building back in February this year. Sources from Lear said that the new headquarters will help Lear to expand its administrative infrastructure, engineering capability and product innovation resources in the region, focus on new products and increase sales in the Chinese automotive market and throughout Asia.

Commenting on the new center, Matt Simoncini, Lear’s president and CEO said that the Asia-Pacific region continues to be the largest and fastest-growing region of the world. He said that Lear decided to set up its new regional administrative and technical center in Shanghai, as China is Lear’s fastest growing market, the company expects its business in the Asia-Pacific region to grow rapidly. In the past three years, the company’s total sales in China have grown at an average annual rate of 8 percent.

The new headquarters in Shanghai will provide support services to over 39,000 Lear employees in 11 countries in Asia, including more than 27,000 in China. Lear has a manufacturing footprint extending across 67 locations in Asia and has engineering teams at 16 locations throughout the region.

In 2016, Lear’s consolidated sales in Asia had increased to USD 3.4 billion. The company also has nine unconsolidated joint venture companies in the region, of which the sales amounted to USD 2 billion in 2016, taking Lear’s total sales in Asia in 2016 to USD 5.4 billion.

“We have an excellent record of sales growth and financial success in Asia. The investments we are making in a new headquarters building and Technical Center reflect our confidence in future growth and success in this region of the world,” added Jay Kunkel, Lear’s president of Asia-Pacific Operations.