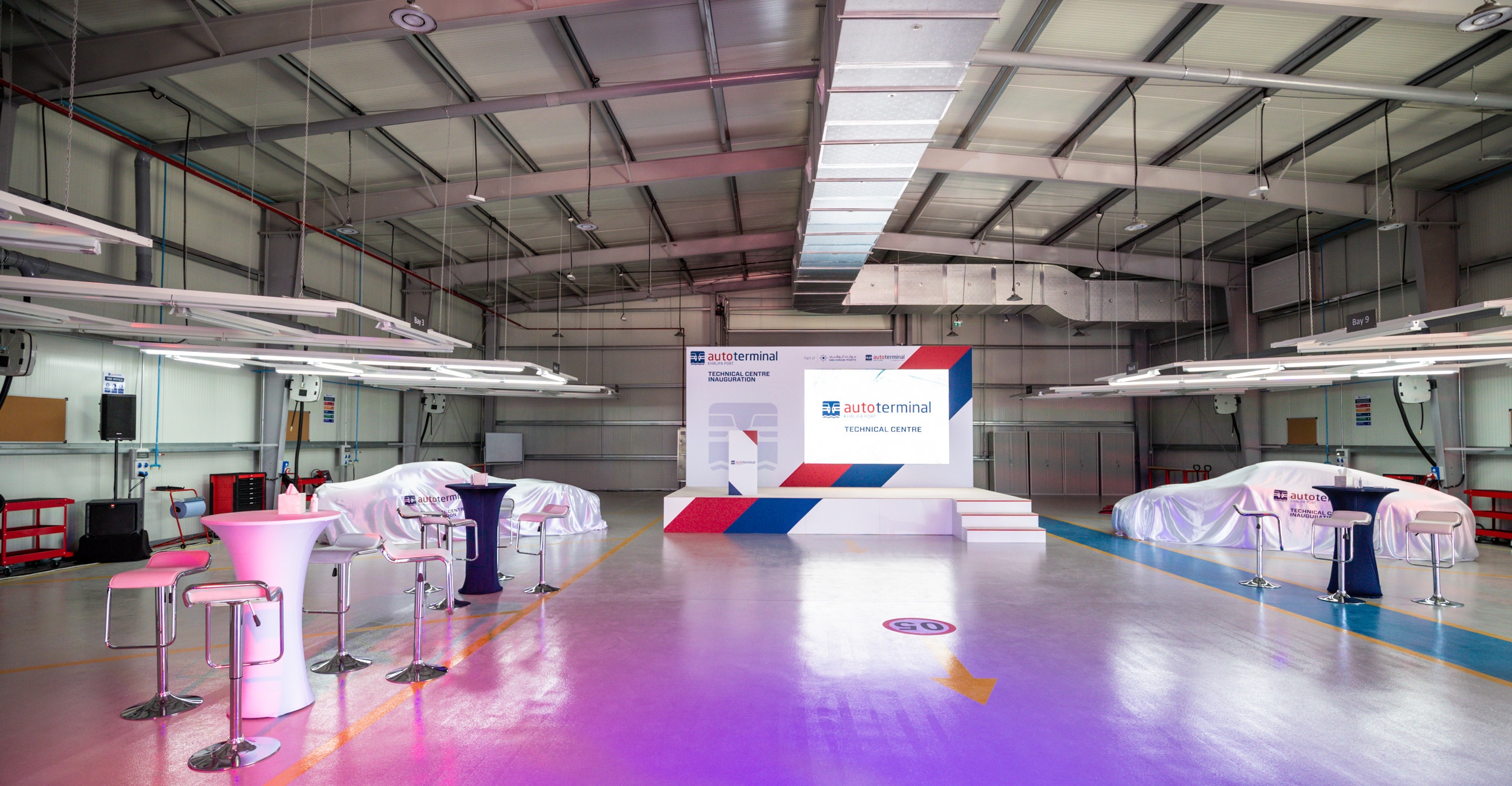 The new technical center is first such facility of its kind in the region, and will offer aide range of services ranging from pre-delivery inspection to accessory fitting. Customers who seek to import vehicles from other countries will benefit from lower costs related to labor and transportation as they will not need to visit a third-party facility to have the vehicle prepared for showroom display or the receiving consignee.

Saif Al Mazrouei, Head of Ports Cluster at Abu Dhabi Ports said that from the time that that it was set up in 2018, Autoterminal Khalifa Port has quickly turned into one of the top choices for the import and export of vehicles from the Gulf.

He added, “Managed by a dedicated team committed to innovation, Autoterminal Khalifa Port has not only flourished in the market, but has become a role model for others in the industry to follow. The new Technical Centre is a culmination of that continuous drive for improvement and opens new opportunities for our customers to benefit from.”

Pierre Algeo, CEO of Autoterminal Khalifa Port, said that the establishment of the technical center will help the port to achieve its goal of becoming the leading distribution hub for automotive vehicles from East Asia and will open up new opportunities for the port’s customers. He said that clients would be able to clients would be able to cut their costs and streamline their operations by using the center to conduct any necessary modification. He concluded, “We are delighted to be the first in the region to offer this added benefit directly within our terminal.”

Services available at the center include car washing, pre-delivery inspection and polishing on site, fully trained staff for conducting smart repairs, and facilities for accessorizing and converting vehicles. The site will also shortly be offering a refuelling service so that vehicles can be fuelled before they leave Khalifa Port.

Customers can use the Carsys app, a superior automotive terminal management platform to carry out the processing of vehicles through Autoterminal Khalifa Port, including any services that they might require at the technical center. The app was developed in-house, and makes it possible for users to scan and log vehicles passing through the facility. In addition to ensuring accurate reporting and guaranteeing the traceability of all operations carried out on the vehicles, the Carsys app also allows its users to track the movement of their cars in real-time.

Xavier Vázquez, CEO of Autoterminal Barcelona, said that the new technical center at Autoterminal Khalifa Port is a culmination of expertise gained from over 25 years of experience in managing automotive port terminals.

Vazquez said, “Through our close collaboration with Abu Dhabi Ports, we are delivering advanced new opportunities and benefits for our customers, while at the same time pushing the industry standard to new heights.”

The new technical centre is the latest addition to Autoterminal Khalifa Port and further expands the already extensive capabilities of the platform, which is considered the ideal Ro-Ro terminal in the GCC.

The port offers facility for pollution free storage of 15,000 vehicles, as well as multimodal solutions for automotive customers who are seeking to either import vehicles to the UAE or use the Middle East as a hub for distribution of vehicles to East Africa and Western India.