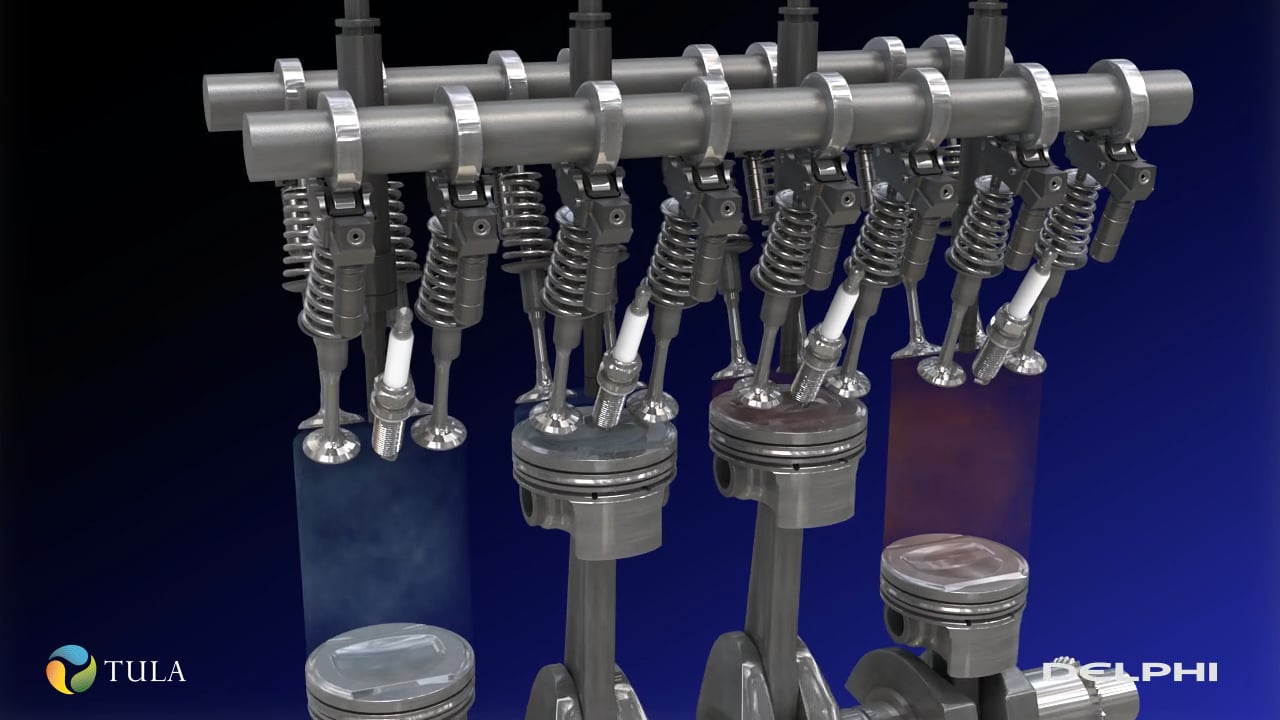 Delphi and Tula have revealed that the two companies are working on a new kind of cylinder shut-off technology for petrol engines. Apparently, this technology can reduce CO2 emissions and fuel consumption by 8-15%. In V8 engines, the use of the innovative dynamic cylinder deactivation technology that can cut CO2 emissions by 15 per cent will become a reality in 2018.

Even in smaller turbo-charged four cylinder engines, the cylinder shut-off technology that has been developed by automotive supplier Delphi and technology company Tula can reduce CO2 emissions by 8 per cent making them as efficient as diesel engines.

The dynamic skip fire cylinder (DSF) deactivation technology essentially decides to fire or skip each cylinder before it fires. If a cylinder does not fire, Delphi’s cylinder deactivation hardware ensures that its intake and exhaust valves are held closed. The entire system relies on the vehicle’s spark ignition, so the system is viable only in patrol cars. The system can make independent decisions as many as 32,000 times a minute.

Scott Bailey, president and CEO of Tula said that every time a cylinder is ready to be fired, the system makes a dynamic decision on whether to fire the cylinder or drive it for torque reasons. He explained that the process tis carried out independently for each cylinder, so that there is maximum efficiency when the vehicle is not running at full throttle.

“We don’t look at running fixed patterns [like conventional cylinder deactivation systems], so we can run anywhere from zero cylinders to 100% of the available cylinders, with any firing density between them,” he added.

John Kirwan, chief engineer of advanced R&D at Delphi Powertrain, said that the savings are more for engines having larger capacity like V8s and V12s, but that the system is more likely to be used first in smaller turbocharged vehicles.

The system is being demonstrated on a Volkswagen Jetta with a 1.8-litre four-cylinder turbocharged engine. Later down the line, the two companies will showcase a 48v hybrid system combined with the dynamic skip fire tech; a CO2 and fuel consumption reduction of up to 20% is possible with the two technologies, Delphi claims.

The system can be used in a wide range of engine sizes, including three-cylinder engines. Some of the criteria on the basis of which it is decided whether or not to shut down a cylinder include the torque demand from the driver, the effect of the cylinder on refinement and noise levels.

According to a Delphi spokesman, the aim of the system is to make petrol engines as efficient as diesels, with low level of CO2 emissions and high fuel economy. In the event that the system is used in production cars, this could eliminate one of the key USP’s of diesel cars.

Based on calculations that Delphi has made, the average cost of the system for a car manufacturer amounts to GBP 34 for every 1 per cent of CO2 saved per engine. “Kirwan said that this amount is less than what other forms of cylinder deactivation technology typically cost as they are closer to GBP 70.

Delphi and Tula showcased the new DSF technology as the first fully variable cylinder deactivation system in the automotive industry at the Vienna Motor Symposium.

The system can be used in all four-cylinder engines, including downsized turbocharged units. The system also offers scope for increasing the comfort level in cars as generally when cylinders are switched off in cars with more cylinders, it causes vibration. In the case of the new technology, this does not occur and the effect is the same as when all the cylinders are running.

The new system can also be used in hybrid cars as well as those running on fossil fuels. In fact, in the case of hybrid cars, the CO2 emissions saved would go up by 3 per cent meaning that over 11 per cent can be saved.
According to Delphi, using the new system can make engines run at close to peak efficiency and allows current cylinder systems to evolve to the point where they save fuel while decelerating by shutting down during deceleration.