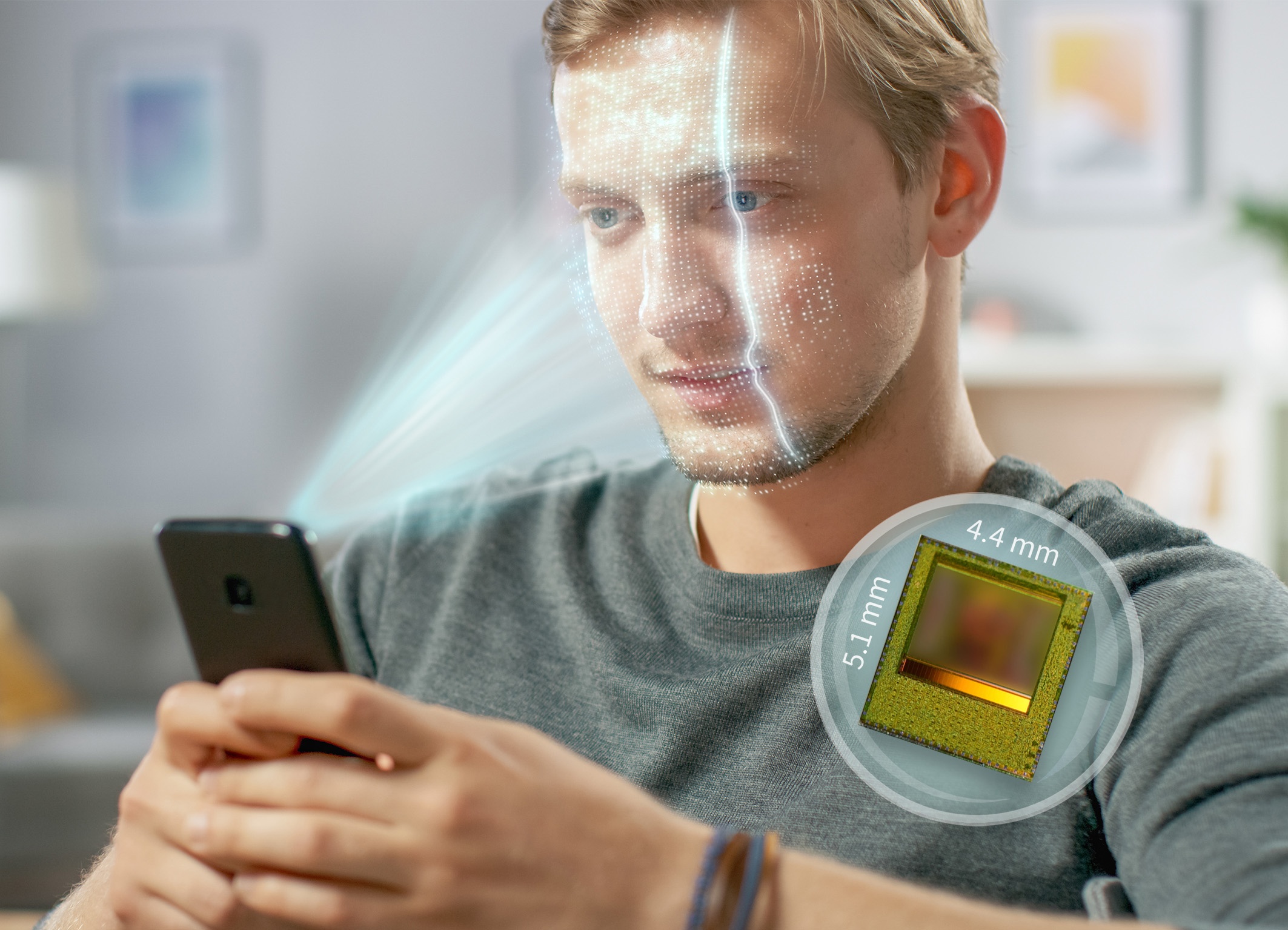 Infineon announced that it has developed 3D depth sensors for biometric facial authentication and enhanced photo capabilities on smart devices. The company which showcased these sensors at CES developed them in partnership with PMD Technologies AG which specializes in software and 3D Time of Flight systems. Infineon had teamed up with Idemia and PMD Technologies AG back in February 2019
an end-to-end 3D facial recognition solution for user authenticated device unlocking and mobile payments for smartphone manufacturers and other OEMs.

Infineon said that it has developed what the smallest and most powerful 3D image depth sensor. Called REAL 3, the solution is a single chip that is 4.4 x 5.1 mm in size. It is a fifth-generation time-of-flight deep sensor which can be embedded in any device irrespective of its size and delivers high resolution data and low power consumption. The 3D sensor helps make human-machine interaction context-based and touchless by facilitating gesture control.

Commenting on the technology, Andreas Urschitz, President of the Power Management and Multimarket Division at Infineon said that with the fifth generation of its REAL3 chip, Infineon had once again demonstrated its leadership in the field of 3D sensors. The chip is not just extremely small but is also robust, reliable, powerful and energy efficient. Infineon feels there is immense growth potential for 3D sensors. The range of applications in the areas of security, image use and context-based interaction with the devices is bound to steadily increase.

Infineon’s deep sensor time-of-flight technology sets up authentic 3D images of faces, hand details or objects that can be easily matched to the original. It can be implemented in payment transactions conducted through facial recognition on smart devices. The deep sensor technology provides a reliable and secure image, and return transmission. The technology can provide a 3D image that can be used for phone unlocking. The sensor can work even in extreme lighting conditions like strong sunlight or in the dark and comes with additional options for cameras with enhanced autofocus, bokeh effect for photo and video. Real-time full-3D mapping also facilitates authentic augmented reality experiences.

The 3D image sensor chip was developed in Graz, Dresden and Siegen, with series production announced for the middle of 2020. Infineon Technologies also develops an optimized illumination driver.