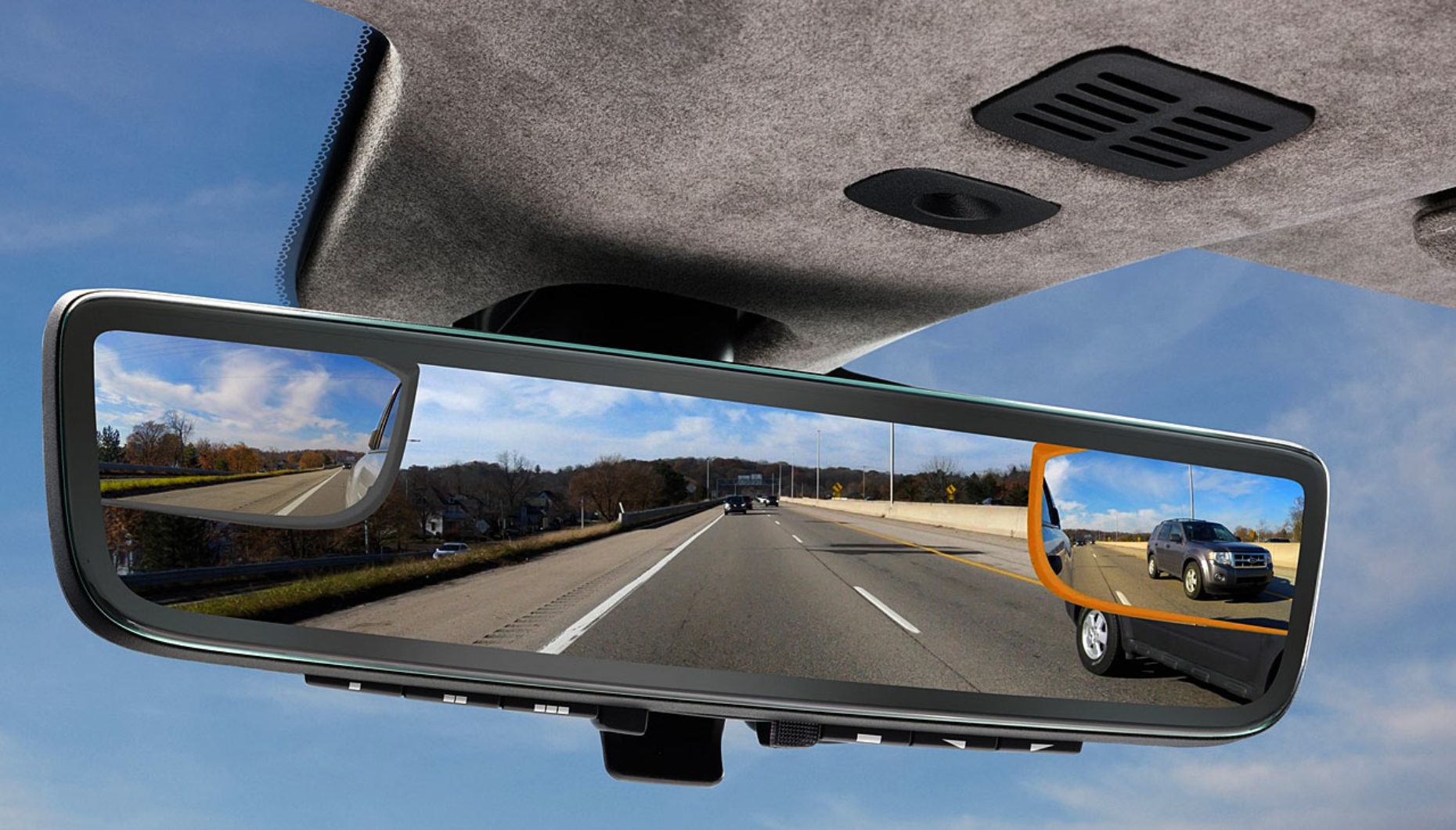 Aston Martin teamed up with Gentex to showcase a new tri-camera rearview mirror system at CES. The car manufacturer used a 2020 Aston Martin Superleggera at the show to display the innovative mirror system.

The tri-camera mirror system though similar to the camera mirror systems that are available in other models differs in one major detail. Instead of the rearview mirror being one big screen, it comprises one center display that is flanked by two smaller screens. The two smaller screens are used for displaying the images obtained cameras positioned on the car’s two side mirrors. There are other models like the Audi E-Tron and the Lexus ES which integrate camera side view mirrors but the manner in which the technology is used different. While the tiny cameras completely replace the side mirrors in these models in the case of the vehicle, Aston Martin opted to retain the mirrors while just adding a single camera to each one.

Another difference is that in these models the side camera feeds are displayed near the A-pillars. Aston Martin and Gentex chose to direct the feeds from the cameras to the small screens embedded in the mirror itself.

Gentex called the new tri-camera rearview mirror system the CMS (camera monitoring system). Aston Martin did not reveal at the show which models are likely in the future to use the technology.

One main advantage the new system offers is that the weather has no impact on its functioning. In the vent that the functioning of the cameras is affected by snow or rain, the traditional mirrors serve as backup and vice versa. Vehicles in which the side mirrors have been replaced by camera mirrors exclusively have been designed to ensure that the view isn’t inhibited, but the Gentex system offers motorists additional backup. The rearview mirror can work like a normal auto-dimming mirror also.

Just one glance at the tri-camera rearview mirror system can give a motorist a complete idea of what is going on around and behind him.