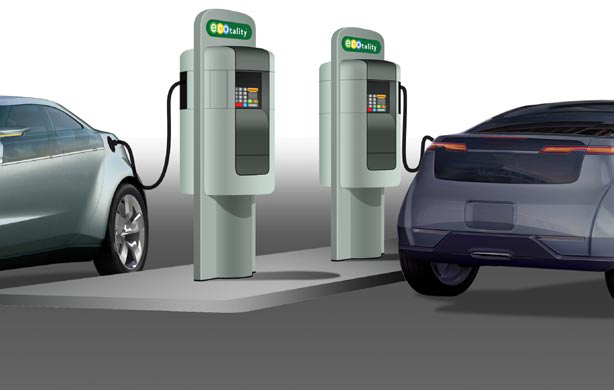 Four Car Manufacturers Team up to Set Up Fast-Charging Network

One of the main concerns for those who would like to buy electric cars but are still in minds is the issue of range anxiety. Tesla was the first car manufacturer to set up its very own charging infrastructure with its Supercharger stations. In a similar move, four major automotive manufacturers have teamed up to set up charging stations which use the Combined Charging System (CCS) standard across Europe. The Ford Motor Company, Daimler, BMW and the VW Group have teamed up for this initiative which will involve setting up charging stations along major highways and other busy areas.

The initiative will be rolled out in 2017 and approximately 400 such stations will be set up in the first phase of the project. By the end of this decade, the four automakers plan to have thousands of such stations in place across the continent.

The stations will be able to service vehicles which confirm to the CCS standard and will offer power levels of up to 350 kilowatts, and this means that the vehicles will need only 15 minutes to add charge needed to cover 200 miles. Currently, only some electric buses and trucks are capable of 350-kw charging at present but the four manufacturers involved in the project are expecting to produce passenger cars that have the capacity to charge at 350 kw by the beginning of 2018. They will also be open to accepting more partners for the project to help make life more convenient for electric car owners. Eventually, it is hoped that recharging electric cars will become as convenient as stopping for petrol at conventional petrol pumps.