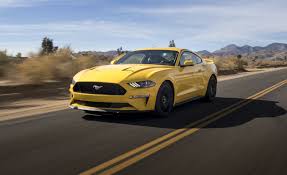 Ford to Reduce Number of Vehicle Platforms to Five

Ford has decided to reduce the number of vehicle platforms to five in order to retain its competitiveness in a market that is changing rapidly. The company has announced that it would be reducing the number of vehicle platforms used from nine to five, just like many of its competitors like Toyota and Volkswagen. In North America, it will stop production of stopping production of many of its non-truck, non-crossover, and non-Mustang models.

The company will continue to pursue its Ford One plan that was conceptualized by its former CEO Alan Mulally, in order to turn around its fortunes after the financial recession a decade ago.
As part of the Ford One plan, the company had decided to reduce the number of platforms it used globally from 30 to nine, but the new changes would mean that Ford will be able to save up to USD 25.5 billion in costs, over the next five years. Ford’s head of product development and purchasing, Hau
Thai-Tang presented the new plan at the 2018 J.P. Morgan Auto Conference.

When it comes to individual models, this means that a baby Bronco might be launched for the crossover market, which will share a platform with the Focus Active, in a FWD/AWD layout. The Mustang might share a modular RWD/AWD unibody platform with larger crossover vehicles like the Lincoln Aviator and the new Explorer.