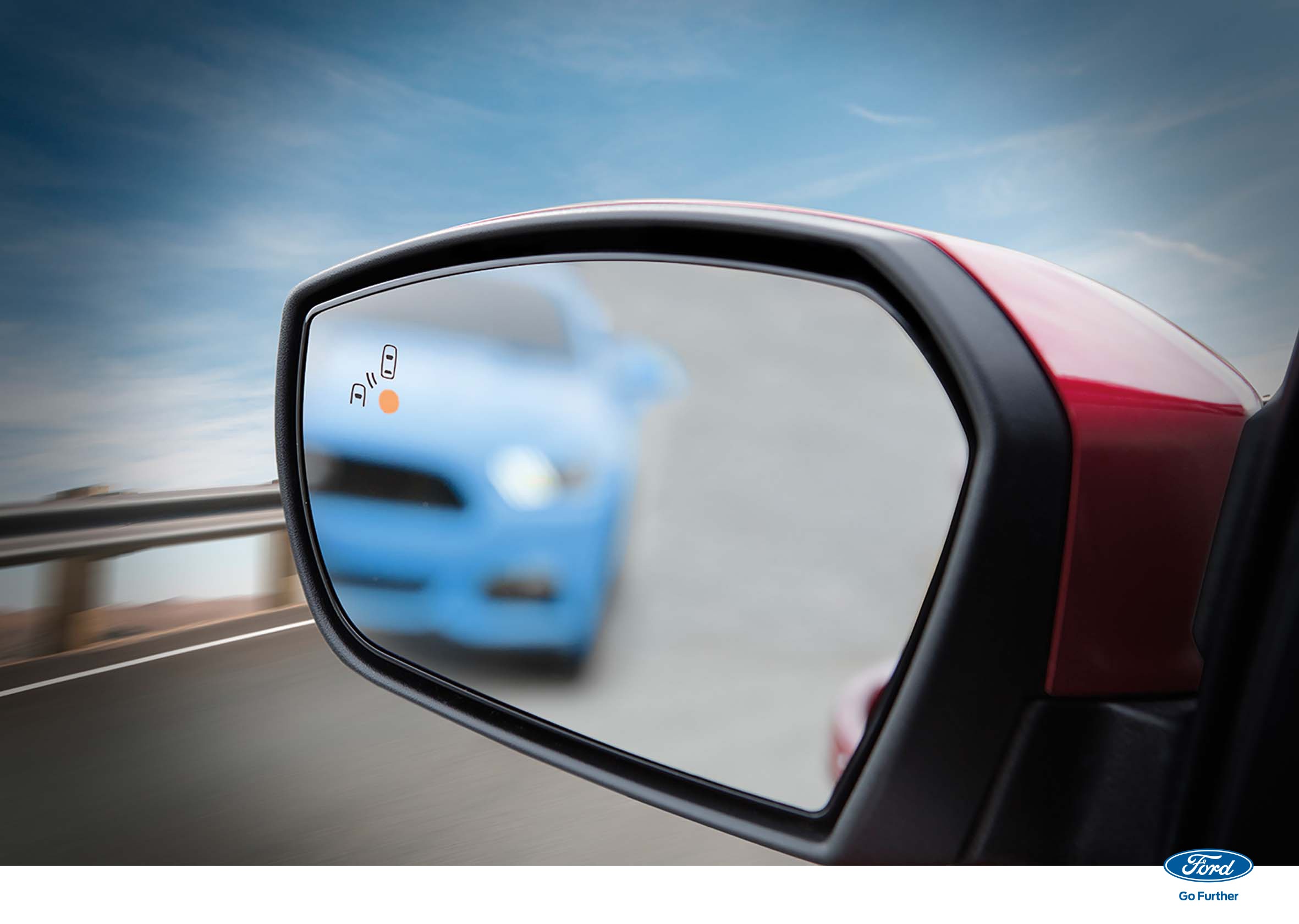 Driving in heavy traffic is not an easy task and even if you pay attention to your mirrors while driving it can be difficult to spot vehicles that might have moved into your blind spots. A momentary lapse of concentration can lead to horrific accidents.

Last year alone, according to Dubai police statistics, 59 people were killed and 495 others were injured in 438 accidents on Dubai roads that were caused by motorists swerving out of their lane and into another.

Poor lane discipline is common not just in Dubai but across the globe and it is this kind of driving behavior that causes a horrifying number of road fatalities every year. It is estimated that upto one-third of all road accidents are the outcome of failure by drivers to maintain correct lane discipline. This is driver assist features like Ford’s BLIS® with Cross Traffic Alert can make a significant difference.

The BLIS (Blind Spot Information System) with Cross-Traffic Alert is available in almost every Ford model as a standard feature and is part of Ford’s new CoPilot360 suite of driver assist features. The system uses radars to monitor the vehicle’s blind spots when driving and also when the vehicle is reversed out of a car park or driveway. It alerts motorists os nay hazards that they might not have seen or noticed.

Commenting on the system, Jamie Rae, Marketing director, Ford Middle East said that Ford has always made it a point to put the safety of its customers first with seamless technology that can minimize the stress of driving.

Rae said, “By constantly monitoring driving blind spots – both on the road and when reversing out of carparks with a restricted view of oncoming traffic, pedestrians and cyclists, BLIS with Cross Traffic Alert really has your back, both on the road and in the carpark.”

BLIS comprises two radar sensors which are located behind each rear wheel to monitor the driver’s blind spots. In the event that the system detects a vehicle in either blind spot, it alerts the driver by illuminating an indicator in the wing mirror. When a vehicle is placed in Drive, the system is automatically engaged. Hence, there is no need for the driver to have to remember to set it.

Cross-Traffic Alert uses the very same sensors to monitor approaching vehicles when the vehicle is slowly reversed out of a parking spot or onto a road. If it detects a vehicle or bicycle approaching from either side, the sideview mirror indicator illuminates and a series of tones sound to warn the driver. The message center will also flash up a warning to inform the driver that a vehicle is approaching from the left or the right. Again, the system automatically engages when vehicle is placed in Reverse, so the driver doesn’t need to remember to set anything.