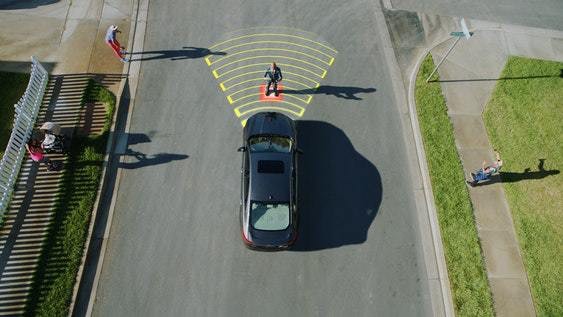 Ford had created waves by launching a “pedestrian detection” system in October 2016. Now, the automotive major has announced an update to the system which will add night vision to make driving safer. Its windshield-mounted camera will now be able to see in the dark.

The camera will work in tandem with a radar installed behind the bumper. The car’s onboard computer will compare the image obtained with a library of pedestrian shapes in its memory to help it distinguish people from signs or trees. Once the camera detects a pedestrian and senses that a crash is about to happen, an alarm will be activated to alert the driver. If the driver fails to hit the brakes, they will be automatically activated.

Speaking about the technology, Scott Lindstrom, Ford’s driver-assist technologies manager said that the company is constantly striving to improve its technology. The camera is a better version of the one launched last year and has higher processing power. The camera now takes advantage of the car’s headlights to illuminate the road ahead. This gives the camera the light needed to capture images that the car’s onboard computer can use, and to brake the car if needed.

Ford thoroughly tested this new technology in real-world scenarios at night using crash test dummies that walked in front of the car. Real-word testing was carried out over 150,000 miles in North America and 150,000 in Europe. The company is still carrying out testing in China.

Ford will be debuting its night-vision braking system with the launch of the 2018 Ford Fiesta later this year in Europe. In the United States, the system will be rolled out in the 2018 Ford F-150 and 2018 Mustang.

According to Lindstrom, Ford is the first company to offer this pedestrian detection braking technology in mainstream models.

Many might think that with the advances that have been recently made when it comes to driverless cars, such technology will not be needed any more. However, Lindstrom maintained that as long as cars continue to have drivers, Ford will continue to work on developing technologies to make people better drivers.

He said “We’ll still be selling vehicles to people who need to drive, and they’ll need driver-assist technology as well.”