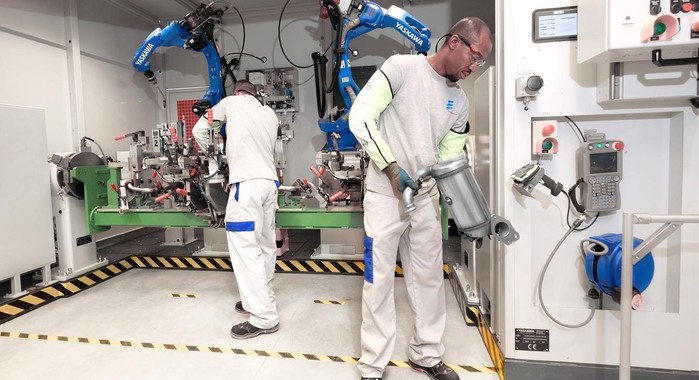 The Eberspaecher Group has opened a new exhaust technology plant in Tondela, Portugal. The factory will specialize in the production of passenger car exhaust systems which will be supplied to automotive manufacturers in European. The company had to expand production capacity in the wake of recent orders.

The new facility that covers 27,500 square meters will cater to automobile manufacturers based in Spain, Portugal and Northern Morocco. Eberspaecher will produce hot-end and cold-end components for diesel and petrol vehicles. They will comprise complete exhaust systems in addition to gasoline particulate filters and catalytic converters.

When the plant achieves full capacity by 2020, it will achieve an annual production capacity of 2.5 million exhaust system components meaning that a catalytic converter will be produced every 25 seconds at full capacity.

This is the first time that Eberspaecher has set up a production facility in Portugal. Commenting on the new plant, Dr. Thomas Waldhier, COO of the Eberspaecher Exhaust Technology division, said that the plant represents an important milestone for the expansion of Eberspaecher’s European exhaust technology production network. He said that the Tondela plant would provide the company with the optimal starting point for reinforcing its ties with customers on the entire Iberian Peninsula. The company opted for Tondela in view of the logistics advantage and the availability of highly trained personnel.

Eberspaecher manufactures exhaust emission conversion technologies and has a manufacturing footprint that extends across 30 production sites on a global basis. As part of its global growth strategy, the company is currently constructing an Asian Tech Center in Shanghai. This center will act as the hub for the entire testing expertise and prototyping activities in exhaust system technology for its customers in Asia.